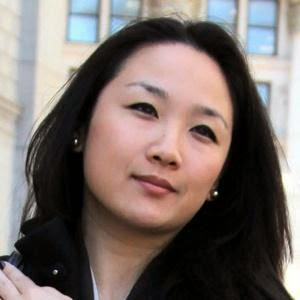 
A key aide to embattled city Comptroller John Liu may have talked her way into criminal charges yesterday by admitting under oath that she offered to illegally fund donations to his mayoral campaign.

Sharon Lee testified that she phoned about five friends and relatives and offered to reimburse their contributions to help meet a $1 million fund-raising goal while working as a Liu campaign volunteer in July 2011.

Asked if she knew what she was doing was wrong, Lee answered: “I didn’t realize how bad it was, truth be told.”

After getting scolded by Manhattan federal Judge Richard Sullivan for repeatedly not answering the question, she finally said: “Yes.”

Wow unbelievable the same lying crooks being recycled into new jobs under different politicians. They all have one common goal..corruption! Nothing new and nothing changes in good ole' Queens!

Oh what a tangled web we weave....

I'm not surprised, Melinda is a hack who is just going through the motions of the script she was handed by the Democratic party.

When will the people of Queens grow the balls needed to elect leaders?

Katz needs the Asian community's support for her 2017 run at de Blasio and she'll do anything to get it including hiring shady characters like Lee.

But this is Queens and no one will care.

Another corrupt asian in politics in queens....what else is new?

There are a few entries for "Sharon Lee," and her most recent post is not likely in the system yet. Go deduce it yourself from the past offices held, or else submit a FOIL request.

Could her appointment be County's show of gratitude to her former boss Liu for challenging Avella as State senator?

Isn't recycling good for the environment?

Deblasio or Katz for mayor or some R THAT has no chance. Wow

And wht not? Got to keep that Taiwanese pipeline of laundered cash flowing into various Democratic machine political campaigns. Now tell us she doesn't look like a flirtatious dragon lady. Massagee, massagee, could cost you plenty with this lady.

The Dem clubhouse may select one from column A and another from column B....Chinese take out special of the day

Didn't Donal Manes get his cash from Tommy Huang? So why shouldn't Katz get her won tons from another shady Asian?

Melinda is the best. She'll tell you that herself.