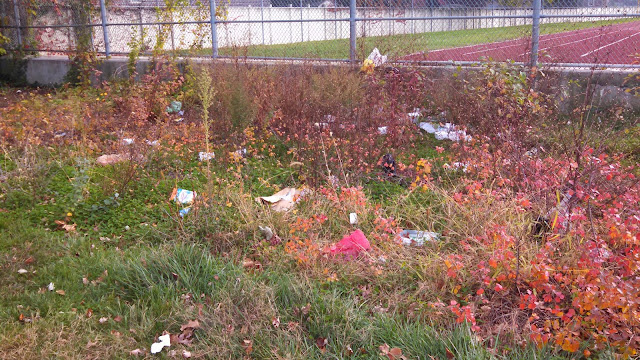 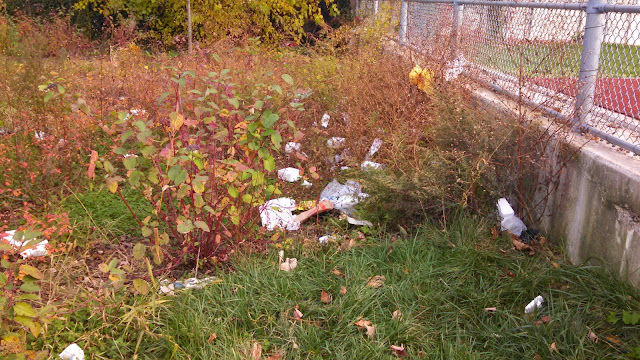 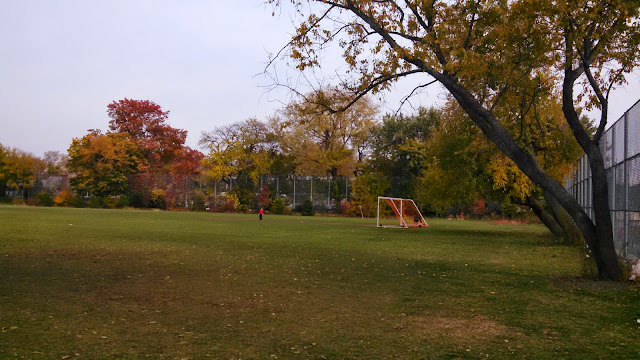 Hey Crappy! So last week I was walking my dog to Memorial Field in North Flushing. I previously reported on the newly reconstructed ballfields at 149th Street and 26th Avenue, which included a new bioswale on the eastern 20' of the park, to capture rainwater and mitigate flooding. However, as with most bioswales, it quickly became a garbage magnet - which was cleaned up several days after I contacted Queens Crap.

Well, I thought I'd give it another whirl, because the bioswales are truly excellent at attracting trash as can be seen in these pics. And, since maintenance by the Parks Department is next to zero, I thought I'd reach out to you again. 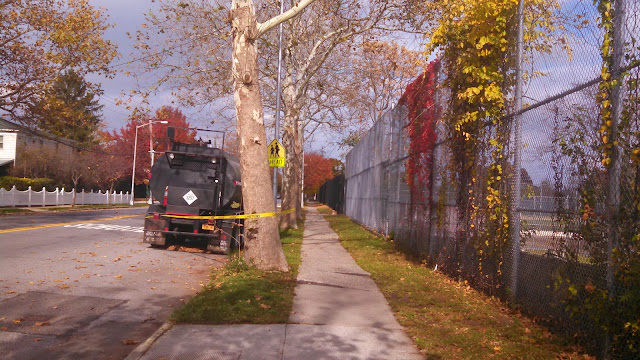 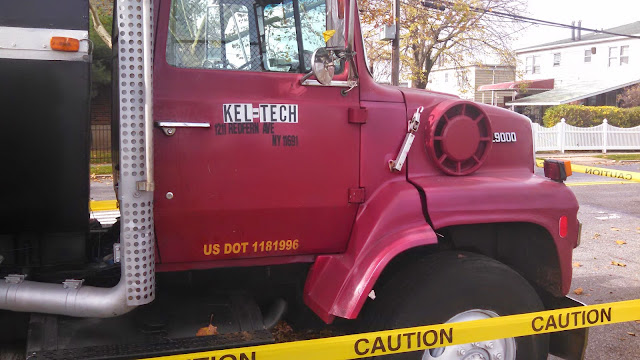 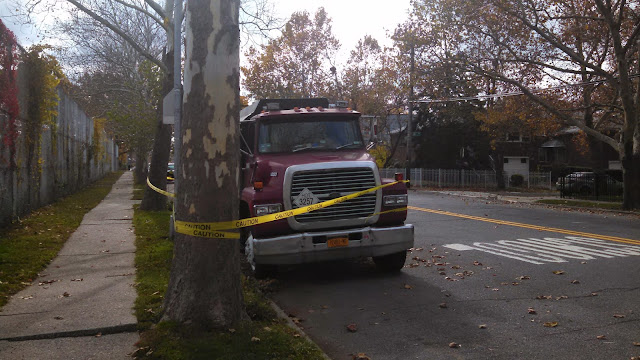 Outside of the athletic fields is even more interesting. A few weeks ago, I noticed a fuel truck at the northwest corner of Bayside Avenue and 149th Street parked illegally and reeking of what smelled like burning oil. It also had yellow "CAUTION" tape wrapped around it. I figured it was a disabled truck that was going to be moved in a few days.

Well, lo and behold: two days later, the truck was gone. However, as I was walking up to the field...there was the truck! Now on the east side of 149th Street at 28th Avenue, the truck was there reeking of combustible fuel - with the yellow tape around it AGAIN!

This is a disaster waiting to happen, Crappy. Why hasn't the DEP or the 109th Precinct gotten this polluter off the streets?

- North Flushing Resident
Posted by Queens Crapper at 7:35 AM

The Office of Senator Tony Avella reached out to the 109th Precinct in response to this post. The truck mentioned here is under contract with P.S. 21, where they are currently tarring the roof. Part of the contract requires that the truck not be parked near the school, as the fumes can be disruptive to the students.

So adjacent to a sports field where everyone is breathing in is the better option????

The job is already done and the truck is not coming back.

Kelly tech does a lot of work for the city. They specialize in school projects.

You want the 109 precient to do something? GOOD LUCK! The 109 is a laughing stock, if they do happen to roll up you won't see them get out of their car. The 109th has the laziest group of cops who do nothing to help keep the community decent.

I'm starting to think every problem and any potential to cause widespread damage can be prevented by wrapping it with yellow police tape.

do they sell it at jacks 99 cent store?

I'm outraged! Outraged, I tell you!