Plane noise may be mitigated for many 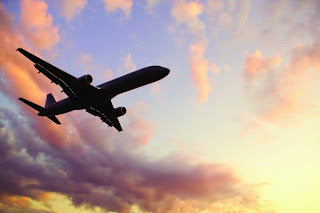 More residents living near Kennedy and LaGuardia airports could be eligible for federal grants to pay for insulating houses from aircraft noise, if the Federal Aviation Administration adopts new standards.

Recent changes to FAA flight procedures require that aircrafts fly lower along more precise paths. Therefore, while actual noise generated by aircrafts has decreased, and the number of people subject to noise has decreased somewhat, lower altitudes and “focused” noise tends to make the situation much worse for those under the newer flight paths.

A proposal before Congress would lower the acceptable DNL value level from 65db(a) to 55db(a). DNL (Day-Night average sound Level) statistics factor in data collected during a 24-hour period, with nighttime hours being weighted and additional 10 dB in consideration of a sensitivity to noise during the nightime hours. This data is then generally averaged over a year-long period.

In response to growing concerns, Governor Cuomo last year directed the Port Authority of New York and New Jersey to conduct what is commonly known as a Part 150 study, in order to define what steps might be taken in order to mitigate the problem. Created by the FAA in 1984, a Part 150 airport noise compatibility study is a set of regulations with two components: noise contour (exposure) maps demonstrating noise levels at airports and in nearby communities; and a noise compatibility program designed to provide solutions to the problem.

The Port Authority announced late last month that the contract for the Part 150 study on Kennedy and LaGuardia airports was awarded to consulting firm Environmental Science Associates. The project, expected to cost approximately $8 million combined for both Kennedy and LaGuardia airports, is to be funded mostly through flight fees and will run from October 2014 to August 2017.

In addition, the Port Authority has already implemented a “webtrak” portion of its website to allow residents to track flight patterns and monitor decibel levels in their communities, increased staffing to handle noise complaints, and committed to doubling the number of sound monitors around the two airports.
Posted by Queens Crapper at 12:41 AM

Let's be realistic adding thicker glass on my house windows may help some but what about the time I spend outside ? How about when I want my windows open ? Here in North Flushing the plane noise has made my time outside in my yard a horrible experience. I will not take days off from work to spend down time home because of the noise but instead travel to get away from the constant drone of plane engines and pollution.
I think I will move soon and let others deal with the "crap" from the skies.

How do you insulate the backyards, the streets, the high rise buildings? Will you not open any windows in the summer?

I live in a co-op and I don't believe I'm allowed to get different windows for my unit or "add insulation." (To what?) How about they change the flight patterns back, instead?

THANK YOU to Queens Quiet Skies for advocating the need for a Part 150 Study!

However, residents who are being tortured on a daily basis from intolerable airplane noise do not need a study. We need nose mitigation NOW! I want to one my windows again, I want to sit in my back yard, I want to enjoy gardening again, I want to have a conversation in my house, I want to listen to music and television, and I don't want a jet engine at 6:00AM to be my alarm clock in the morning!

My house has all new insulated Pella and Anderson windows - it has very little effect on the sound of ear-piercing jet engines that are the new alarm clock at 6:00am. Insulation is NOT the answer! New technology, and working together with government, industry and private citizens is the answer for long term resolution to this INTOLERABE problem.

I live in Laurelton Queens and I guess I am one of the lucky ones. Planes fly low only 3 days a week but it is horrible. The path is directly over my house. My 3 days are Saturday, Sunday and Monday. We have no peace during our off time. The noise is unbearable especially in the summer. I don't see planes flying any lower then they would be hitting the top of my house.

We cannot accomplish the long term solutions to this unbearable situation without the continuous efforts of our elected officials who support the efforts of Queens Quiet Skies. There are many, but may I please personally thank Representative Grace Meng, Senator Tony Avellla, Assemblymember Ed Braunstein, Assemblymember Ron Kim, and Councilmember Paul Vallone.

I will continue to submit complaints to the Port Authority when necessary and forward copies to our elected officials. I urge everyone to do the same.

In the meantime, thank you to the Port Authority for conducting the Part 150 Study.

Thank you Broadway-Flushing Homeowner and Crappy.
We must be steadfast in our fight for Quiet Skies.
Please sign and pass on the petition for quieter skies over eastern Queens. There is a link on the right side of the Queens Crap home page.

Another failure of the City to enforce design standards (for any homes built after the 70s near airports - or highways and bridges, for that matter). These areas were supposed to be designated "little e" and require acoustic shielding.

Perhaps we should push Senator Schumer, who lives near or under one of LaGuardia Airport's landing paths to speed up FAA NexGen program. Except, add 2 parts:
An extended glide approach where the engines are idle until 2600 ft from touchdown.
Either divert all takeoffs to over water and/or have a takeoff protocol similar to flights taking off from John Wayne Airport in Orange County California.

Enough is enough. The planes are absolutely unbearable. How long will we all suffer until we start taking things into our own hands?

This is a nightmare !! I couldn't wait to live in a home and now I feel like I am being tortured with noise pollution from these planes. I live in Cumbria Heights and they go right over my house every 20 seconds , I have been listening to them roaring by every 20 seconds since 7:00 am , its now 10:20 pm . so much for a restful Sunday! You can not even relax outside without your nerves being completely rattled, FORGET about a grant ... we want to open our windows, BBQ outside, garden and sit in a chair outside without being completely traumatized from planes !! why doesn't our quality of life matter ?? oh I forgot $$$$ .. so much for the dream of owning a home where you can rest and relax- I am completely disgusted .. It might be time for a class action lawsuit !!