Western Flushing is the next overdevelopment target 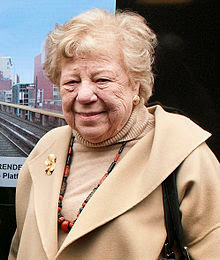 The Department of City Planning will launch a study of western Flushing in Queens to explore the potential for increased residential development there, a city official announced Monday. The largely industrial area, most of which sits along Flushing Creek, has long been eyed by planners, including a group of them who received a $1.5 million grant several years ago to study development opportunities there.

The new study will be part of the administration's citywide effort to identify neighborhoods—such as East New York, Brooklyn or the Cromwell-Jerome neighborhood in the Bronx—that could be rezoned to allow for greater residential development, with the caveat that any new construction would have to include affordable apartments.

The de Blasio administration's move comes three years after the Flushing Willets Point Corona Local Development Corp. received a $1.5 million grant to study a sweeping redevelopment of part of the area. In 2012, the group presented a study showing what a reimagined, 60-acre swath of land would look like. At the time, the plan reportedly featured nearly 10 redeveloped blocks, a waterfront park and the potential for nearly 1,600 units of housing.

The department will begin by reaching out to the many stakeholders in the area for the possible rezoning, the start of what could prove to be a years-long process.

Claire's project? Expect eminent domain and another lobbying scandal.
Posted by Queens Crapper at 12:51 AM

I hope they do it. The infrastucture is already overstressed. Why stop now?

PS Have fun using the Flushing #7!

Pack it with savages and move on to the next zip code. Thats the Democratic way!

Is that Clara Peller- the "where's the beef?" woman?

Anyone have a hammer and stake?

I thought Shulman was taking her dirt nap by now. That is one ugly broad only to be surpassed by Moby Stavisky.