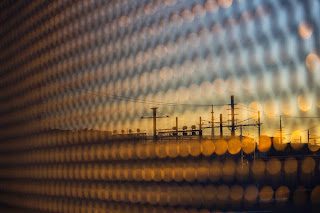 We are an undisputed leader in tourism, yet we lag badly in one important aspect: the huge convention and conference business. Nationwide, conventions add nearly $400 billion to our gross domestic product, and employment in the industry is set to grow 33 percent through 2022. Sadly, New York ranks 64th globally in this business, leaving tens of thousands of jobs and billions of dollars on the table — resources that could fund better schools, parks and affordable housing.

New York struggles for two main reasons. First, of course, is price. With the average Manhattan hotel room costing nearly $300 per night, we are pricing ourselves out of the market for many major conventions. Then there is the Jacob K. Javits Convention Center. Located on Manhattan’s Far West Side, Javits was unloved practically from the moment it opened. It’s too small for many events and can’t compete with facilities in other cities.

Fortunately, there’s a solution — one that would not only address our lack of competitiveness in the conventions and conferences business, but would also catalyze the transformation of two neighborhoods and make a meaningful dent in our affordable housing crisis. The best part is that we can do this all without costing taxpayers a dime.

The key is to replace the Javits Center. There’s been talk over the years of expanding it, but that won’t solve the affordability problem. Fortunately, the perfect undeveloped location for a new convention center exists at Sunnyside Yards, the more than 160-acre rail yard that carves a nasty scar through the heart of Queens.

Sunnyside Yards is adjacent to Long Island City, a neighborhood that has blossomed in recent years with new residents and businesses, including nearly 20 new hotels since 2007, with almost as many currently under construction or in the planning stages. The average hotel room rate in Queens is less than half that of Manhattan; a convention center on the border of Long Island City would go a long way toward solving the affordability problem that holds the Javits Center back.

Long Island City is also one of the most convenient, transit-friendly areas in the city, served by eight subway lines. The Long Island Rail Road and Amtrak pass through and park their trains there. Even New Jersey Transit stores its trains in Sunnyside. From my office one block south of Bloomingdale’s in the heart of Midtown Manhattan, I can get to Long Island City by subway in just one stop, and eight minutes flat.

Given the neighborhood’s many advantages, redeveloping Sunnyside Yards seems obvious — but the biggest barrier has always been the multibillion-dollar cost of building a platform over the train tracks that can allow the trains to run while accommodating large construction. The cost has always made the idea a nonstarter, but times — and real estate values — have changed. Stronger market conditions bring us closer to feasibility, but the numbers for building the platform still don’t add up unless we get creative.

And where will the conventioneers stay since we are converting all our hotels into homeless shelters?
Posted by Queens Crapper at 12:20 AM

Why do people keep hyping LIC? It's so nothing compared to the city or Williamsburg!

Is there another LIC filled with incredible restaurants and shops?

If I saw this neighborhood in a European or Canadian city I'd be très unimpressed!

Get over it - there's no there there!

Apparently Mr. Doctorof hasn't ridden the 7 train during rush hour. Where is the infrastructure to accommodate tens of thousands of conventioneers?! Google maps shouldn't be the main source for strategic planning.

Doctorof should recall his failed attempt to bring the Olympics to NYC. The lack of infrastructure for event venues, particularly in Queens, is what sealed its fate.
The city has not made any effort to improve the infrastructure in the 10 years since.

Yeah, this is a lot of bullshit, isn't it? I just read it in the Times and was hoping they allowed comments on it online, but of course they didn't.

It starts from a completely specious premis-- that NY needs more giant conventions to come here. Ha! 55 million clueless, street-clogging, event-hogging tourists per year are not nearly enough. Give us more!

Then it goes on to make a target of Queens. Aren't we lucky. Singled out for so many of the hopes and dreams of developers these days. Always, as others have pointed out, without a thought to the lagging, over-burdened infrastructure that we "little" people depend on daily.

Can we deport Doctoroff?

Why does Dan Doctoroff have such a throbbing hard-on for sports stadiums and convention centers? Seriously - he needs an ice cold shower.

the city(which included doctoroff,when he worked under the fun size mayor) and the mta have done everything to please danny and his conventioneer ilk and the tourist rubes by expanding the 7 line to 11th ave,extending the high line to 34th st. and all those goddamn towering hotels and it still is not enough for them.they also have conventions further down west st. on pier 92.

and the new york times should be destroyed,the complicity of that rag and the real estate industry can't be more obvious.but what can you expect from a gutless bunch of worms that precisely a decade ago with that hag Judith Miller wrote a bunch of shit about Iraq that led to trillions of money and soldier's lives wasted.

Dan Doctoroff's plan for queens is just as damaging,for the city's economy and the destruction of communities.

That's right. So Why to I need Penn Station to got to Boston or WDC. Boston has THREE Amtrak stops BON, BBY and BOS.