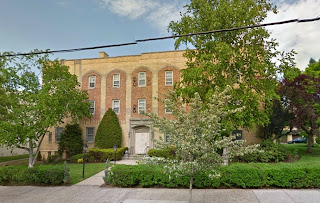 As Glendale and Middle Village gathered last week to assess their strategy for stopping plans to build a homeless shelter on Cooper Avenue, word of a second proposed facility in Ridgewood spread.

The legislator said he had not been able to deduce how many people the group intended to house in the 62-81 60th Place building and whether the project was a charitable church initiative or a city-aligned proposal.

“Supposedly there is a proposal to go in there. There’s space in the rectory there and so it would be to address women in need of placement while victims of domestic violence,” Addabbo said. “These sites are anonymous because they do not want the abuser finding out where the victim is.”

Our Lady of Miraculous Medal and Providence House did not respond to requests for comment.

The Archdiocese Diocese of Brooklyn, which oversees Catholic churches in Brooklyn and Queens, said it does not comment on lease agreements, but noted that many churches opt to rent property for programs assisting the homeless.

The city Department of Homeless Services did not respond to inquiries about whether it was involved in the Ridgewood negotiations.

(The Times Newsweekly reported that the women would be ex-cons with children looking to transition back into society, not domestic violence victims. And it's not the rectory, it's the convent. The nuns were shuttled off to St. Pancras.)
Posted by Queens Crapper at 12:30 AM

Is that the fifth new one announced this year? I lost count. Keep 'em coming, Blaz!

If it's Providence House then it is a proposal for a shelter....not a church initiative.

Thanks for the link, I updated the post with it.

While the Providence House mission seems to be innocuous I am sure the Church will have no problems collecting big rent from the DHS. I wonder if any of that money will see it's way to the local parish or just be used to buy more lawyers for the illegal aliens the Church loves to harbor.

The Church is just as corrupt and crazy as the local politicians. The Vatican also wants a piece of these illegal pregnant immigrants single moms of 3 plus. These people think this is the solution to re-seed the flock after years of "paying out" for pervert scandals.
It takes no guessing to know what will be housed in that convent and "injected" into the local schools. Hordes of unruly feral teenagers illiterate in any language needing Sec 8, jail, free food, housing and services for life.
Ridgewood and Glendale are really screwed, yet watch them voters re-elect democrats again come November!!

Don't these people get it or even care to know whats going on ? The democrat plan is to "block-bust" and make all Brooklyn-Queens inner neighborhoods the same. Re-distribute all the garbage equally so more can be invited in.