Bad neighbor business has until end of month to vacate 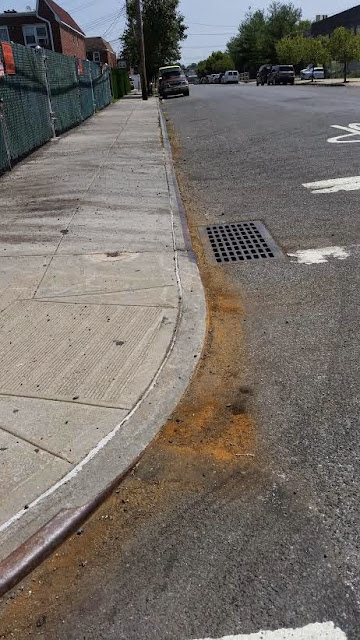 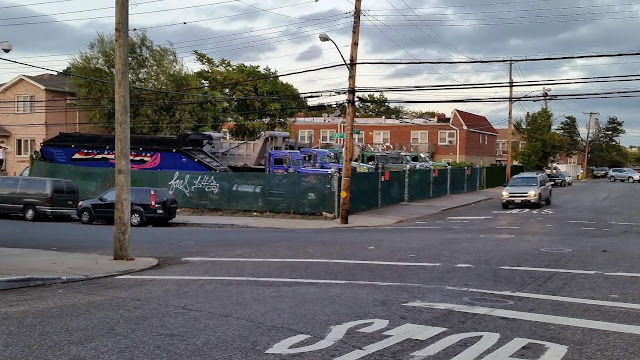 Dear editor of the Queens Crap,

We would like to update you on the ongoing status of the College Point Illegal Parking situation involving the Dana Construction Company (Formally known as TNP Trucking Corp.) of 14-29 130th Street, College Point. As everybody knows, this simple case has been dragging along for over a year which shows just how seriously city authorities are taking this matter.

The reason situations like this take so long to resolve is due to the fact that in many cases, companies tend to contribute to political campaigns as a way of gaining favor from politicians which in some cases makes them untouchable. The moment a politician receives a large political donations from any group, they essentially have their hands tied against taking action against these groups if they are violating the law.

Everyone living around the trucking yard, including kids and old people, are breathing the diesel fumes every day and night which is threatening their health while the noise these trucks make due to their ability to operate 24 hours a day (since there is no law regulating operation times). It is affecting everyone’s sleep as well as their work and school performance which is unacceptable. We don’t have two or three hundred thousand lying around to donate to politicians so they can help with our issue. The people living around the trucking yard are extremely disappointed at this point due to the fact that those who we call the authorities have no power to actually fix any problems that affect us. We have to remind everyone that this problem is still not solved until justice is served equally to everyone. Thank you very much.

It looks as though the owner has until the end of the month to vacate the premises, so relief may be forthcoming: 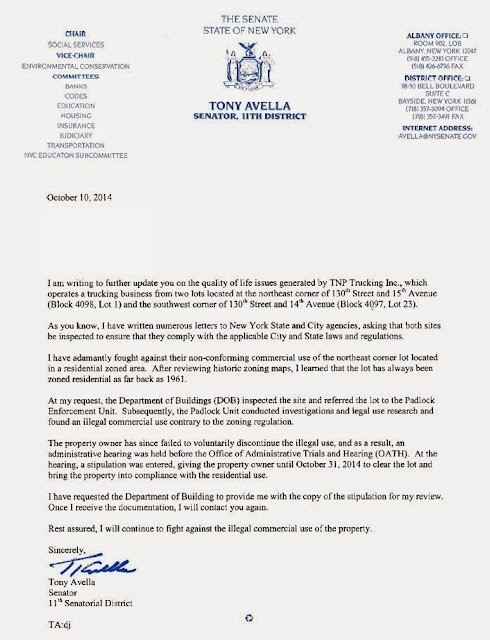 Go Tony! . . . but stips usually aren't worth the paper they're written on; indeed, they are offered as a way to get out of ECB quickly.

Did liar liar pants on fire Vallone help these people?

This company has been parking on a residential lot for 13 years and the other lot up the block has a certificate of occupancy for a car dealer even though its a trucking company. For over a decade they were hiding behind the politicians since officials like Frank Padavan and his allies were very close with the owner. Check out this link. Is it not fishy that the TNP company was the only company allowed to operate with the Teamsters Union 282 at one point?http://nlpc.org/stories/2008/04/07/long-island-ny-couple-sentenced-union-integrity-question