This just in: The rats are out of control 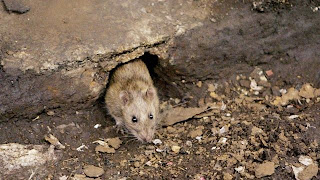 Citizen complaints about pests to the 311 hotline plus online reports went from 22,300 in fiscal year 2012 to 24,586 the next year, city Comptroller Scott Stringer said Sunday.

"Rats are a daily, stomach-turning insult to New Yorkers—whether they're scurrying over people's feet on the sidewalks, invading homes where children sleep or swarming through restaurants," Mr. Stringer said.

Mr. Stringer said an audit conducted by his office found that the city Department of Health and Mental Hygiene isn't managing its pest control program effectively. The audit said health inspectors didn't always follow their own protocols, and in 160 cases, no field inspection was conducted.

"Without a vigilant and timely response by the city to citizen complaints, this problem will come back to bite us again and again," he said.

The health department issued a statement saying the agency "strongly disagrees" with the audit and is taking a proactive response to exterminating pests in the city.

Start inside the City Council chambers...
Posted by Queens Crapper at 12:34 AM

I know it's difficult to control rats, but it doesn't help when neighborhoods are overdeveloped. The Court Square area in LIC is becoming a rat playground. Not surprising since there's always garbage on the floors from the high schoolers and the CUNY law schoolers.

I'd rather have rats for neighbors than the Vibrant and Diverse that are destroying Queens!

How can you dislike the cute little critter depicted here?

The WTC construction released them. Folks were afraid to walk at night as they rats were frolicking inside the ditches. I've been on plenty subways full of rats, and not the human kind.

We had a zoo. Rats came and started eating all of the animal's foods, breaking into warehouses for the food... We started a war on the Rats. We won. First make everything they want impregnable. Then you simply have to kill them until there are no more. Start with poisons, then shoot them (many are eliminated at this step), then trap them (dig a 8x30 hole, coninue to fill it with garbage, refuse and other things rats like (they come to live there)(after 6 months, set it ablaze (many more die), repeat. One trick I especially liked, set a normal garbage can up in a small building. put a small amount of grains in it (10 cups), prop planks from the floor to the edge/top of the can, the rats walk up the planks, dive in for food and can't get out. Put a lid on after you get 20-30 of them, take to pet store or snake farm, sell the rats as food for snakes, lizards, etc... Sound cruel? Too bad, rats are the nastiest. I grew up with 250-300 pets of different species and I made up for it by taking care of them. Either the rats died or my animals did; the rats lost... Be creative. They don't stand a chance against humans (remember "apex")...

Rats can't be pests if you kill them... Buy a bunch of Black snakes and put them on the job....