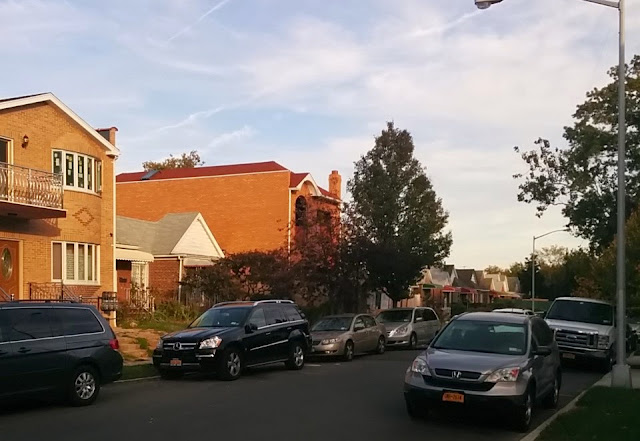 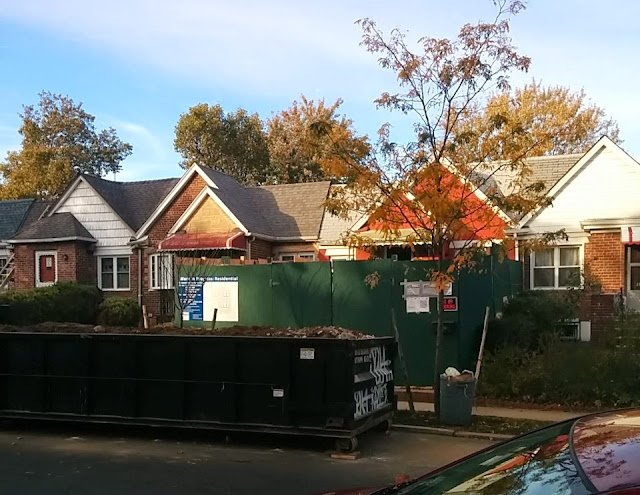 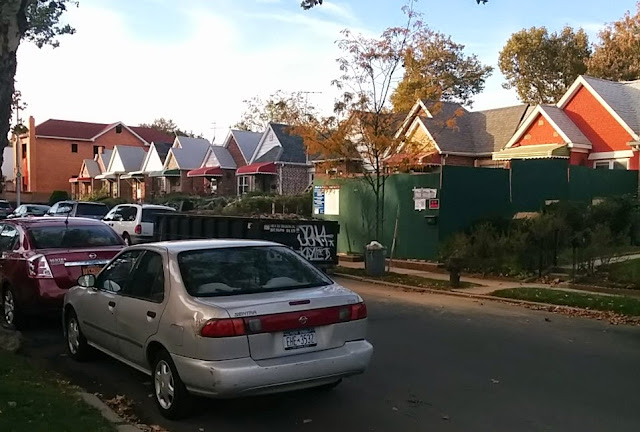 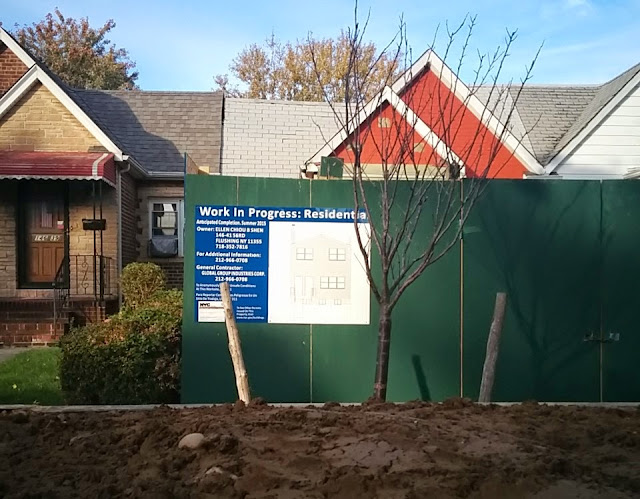 In less than one year, a third oversized house is now being built on 56th Road in Queensboro Hill. The second house I wrote to you about a few months ago is nearly complete (it went up so fast I could have swore they brought in some Amish men to build it).

It looks like all the faux grandstanding "Mr. Useless" Peter Koo did (along with the even more useless Nily Rozic) just energized another resident to build this skyscraper-esque monstrosity in-between quaint row houses. Once this third one goes up, the block is officially ruined. The aesthetic of the neighborhood means nothing to many of the new residents in the area.

I've attached pictures of the house being prepared for demolition, along with images of the nearly completed second building. You can see the dramatic difference. It's astonishing to many residents how rapidly and dramatically the neighborhood has gone down hill and turned into the wild west of overdevelopment. RIP Queensboro Hill." - anonymous

Disgusting! Does anyone know why this particular block was chosen of all blocks in Queensboro Hill? Was a resident in collusion with a developer? Was a real estate agent familiar to that block involved? What exactly started this chaos?

What a shame - another destroyed neighborhood. Welcome to Queens!

That shit would never have happened in Brooklyn! Our pols are all owned by the construction/real estate industry - except for Tony Avella!

We need Aesthetics Police in Queens - it's so fucking ugly here!

except for Tony Avella!
HAHAHAHAHHA

Come on, those old homes are obsolete and decrepit. These new homes will increase home values and eventually a significant part of the neighborhood will be filled with similar homes.

I suppose the people complaining about this should have come out to the city planning commission when the rezoning of this area was on the calendar and supported the decrease in FAR. Instead, the developers shipped in busloads of people from outside the area to make it appear that there was mass opposition against it. Oh well, you snooze, you lose.

Come on, those old homes are obsolete and decrepit.

SO IS THE DEMOCRATIC PARTY MACHINE AND THE GOVERNMENT IN ALBANY. LETS START THERE.

These new homes will increase home values and eventually a significant part of the neighborhood will be filled with similar homes.

YOU GOT THAT RIGHT. BUT SOME PEOPLE ACTUALLY LIVE IN COMMUNITIES AND ARE NOT INTERESTED IN BEING SPECULATORS SUCKING EVERY PENNY OUT OF NEIGHBORHOODS.

Instead, the developers shipped in busloads of people from outside the area to make it appear that there was mass opposition against it. Oh well, you snooze, you lose.
----
No, this is why we pay taxes for our elected officials to do their work.

Why arn't they complaining about this?

"That shit" always happened all over Staten Island, until SOME areas got zoned for Lower Density Growth Management. Took people with time and money, though. So the fat cats get big yards, everyone else gets big buildings.

As horrible as these are, and they are atrocious, at least they did not build multi-unit, multi-story buildings (with those disgusting terraces), as they've been doing in Briarwood (and so many of which are in mid-construction and they've run out of money, so they are shells) BUT, yes, these are awful. as for people not attending, I never know when there are meetings - where do you find this out - and please no sarcastic comments back.

What happened to the zoning of NYC review to look over ever part of Peter Koo's district he ordered months ago?! Will we ever know if this actually happeend or will happen?!

Yes but will they offer affordable housing? The price of these new homes are not cheap and the owner will have high rents. By destroying a neighborhood with out of character buildings,you end up driving out the middle class.

Come back in a few years and there will be no one-story wood-frame homes left.

Besides the fact these these place are pretty awful and do not fit in with the rest of the neighborhood, the majority of these types of place are two family homes that end up being made into three and four illegally and then of course the types of people who move into them are bottom of the barrel slobs who bring everyone of their family members who came off the banana boat and then the next thing there is laundry hanging off the balcony and then the property values actually drop in that community because you have now turned it into some third world dreck slum filled with undesirables and the population increases and the quality of life goes downhill.

who care ! let them build bigger house. That's the loophole in this restriction area. You cant build multi unit building then they can build a bigger house.

If it wasn't for Tony Avella, all of North Flushing would look like that. Thanks Tony!!!

Paul Graziano and Tony Avella had the foresight to create and pass the Anti-McMansion legislation, too bad the rest didn't.

i would like to say McMansions and Extensions and renovations are not new to new york city neighborhoods. It has been going on since the early 2000s. I think people should keep their lawn well maintained and plant some flowers instead of putting cement over it and renting the space out as a parking space. Not all of these mansion housings are bad. Its the people who live in it that does not care about the outside. Let's hire some landscapers!

This area is becoming "Little Taipei"

1) When were we, the residents of Queensboro Hill, told about this zoning commission meeting? I have been getting newsletters about meetings but nothing about a zoning law change in my area known as "The Hill".

Single family homes are being torn down, multi-unit houses are being built. Grass is gone, basements flood. Illegal doesn't matter. People pay fines or just ignore fines. It is disgusting what has happened here in the past few years. Streets are congested, lack of parking, etc.

I am trying to put on an addition so my Mother can move in & we are being hassled with absolutely ridiculous zoning regulations.

Since you all sign as Anonymous, I will too. I fear retribution.