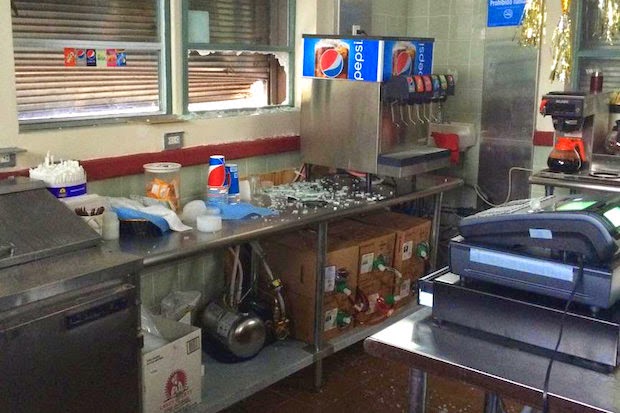 Maybe they had the munchies.

A newly-opened lakeside cafe in Flushing Meadows-Corona Park was burglarized twice in one week, with the suspects fleeing with armfuls of candy, ice cream and drinks — including meal supplement Ensure —according to the NYPD and the owner.

It was the third time the Ederle Terrace Snack Shop was broken into and burglarized since opening Aug. 1 at Meadow Lake, according to police and owner Baig Sedeeq, who also operates the cafe at the World's Fair Marina.

Thieves first struck overnight between Aug. 25 and Aug. 26, taking approximately $1,800 worth of candy, energy drinks and a speaker for the shop's sound system, according to the NYPD.

The register was also broken, and $170 was taken from it, the NYPD said.

Thieves broke into the shop after-hours between Oct. 1 and Oct. 2, walking off with roughly $500 worth of snacks, according to the NYPD and the owner.

The sticky-fingered suspects likely got in by breaking the window by the soda machine, Sedeeq said.

Hmmm...Why is a food stand in Flushing Meadows selling Ensure supplements?
Posted by Queens Crapper at 12:36 AM

No Parks security? No cameras? What's going on ?

An alarm, cameras, grated windows might do it. Never realized how crime ridden this park is.

The vagrants did it.
I once bike-rode in that park till "stop and frisk" came about. Must be 100s of paranoid crazy's, criminals and homeless living around the lake and inlet.
You can even see camo tents and make shift huts along the flushing inlet brush from the Port Washington LIRR. From what I understand the cops have lay off orders not to go into the park and uproot them.

A cop told me quote: "We cant do anything, not even patrol because the mayor (then Bloomberg) wants to keep the problem contained"
"God forbid even one of these mentally ill leaves the park and boards that #7 to Long Island City, Manhattan and causes problems there or WORSE shoves another Asian under a train" "then we get blamed"

This is Queens where the talented is ground into dog food and the incompetents run the show.

You have 3rd stingers that ass kissed a politician that got this gig, and I but the city sunk of ton of money into this because they have no idea what they are doing.

Cameras? Security? Hell its not their business. The loss is not out of their pocket. And their political buddy will ensure their job is safe.

The criminals should be caught, jailed or deported. Soft discouragement (alarms, cameras, etc.) would only make the thieves move on to easier targets.