Affordable housing: more of a joke than ever 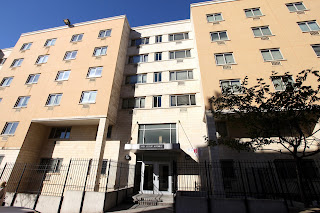 Thanks to Albany, luxury developers may dodge property taxes in exchange for building — or at least funding — some affordable housing. But with $1 billion a year in uncollected taxes, are these really good deals for NYC?

At 90 stories, it will be tallest residential tower in the city. With sweeping views of downtown Manhattan and Central Park, the $1.5 billion building is one of the most coveted addresses; a 14,000-square-foot penthouse already sold for more than $90 million.

One57 has another perk as well — its residents stand to pay no property taxes for 10 years.

The sweetheart deal for One57 developer Extell, tucked into a larger housing bill at the behest of Assembly Speaker Sheldon Silver and signed by Gov. Cuomo, is under investigation by Albany’s anti-corruption Moreland Commission.

It’s also drawn renewed scrutiny to the 421-a tax exemption, a controversial program that dates back to the 1970s when the city began offering breaks to spur residential development.
The city lost out on a whopping $1 billion in property taxes last fiscal year under the 421-a program.

In exchange, the developers are suppose to set aside 20% of their units for affordable housing or fund affordable housing in another way.
But is the amount of money New York loses to these exemptions, which could go to programs that benefit the entire city, really offset by a relatively small number of apartments with lower rents?

“Our city spends $1 billion every year on these kinds of subsidies, with little affordable housing to show for it. These valuable public resources should be used to keep New York affordable for middle- and low-income New Yorkers,” said Brooklyn Councilman Brad Lander.

Affordable housing is the excuse politicians use to get away with rewarding their developer friends lucrative tax breaks. It's a complete joke. Everyone knows it. But no one will stop it. The way to keep housing affordable is to stop upzoning the crap out of everything.
Posted by Queens Crapper at 12:21 AM

If you haven't figured it out yet ( I know 99% of you have) the corruption in NYC and NY State politics is complete and total, at every level. It will prove to be the undoing of the City, the State, and eventually our Nation, because the Federal level is no better.

$1.063 billion actually, according to the DoF, plus the unrealized tax revenue from what this money could be constructing and the jobs it would generate but who's counting, really...

What is the definition of "Affordable housing?"

The only way to make affordable housing is to stop taking in all these damn foreigners! OMG!...we have become saturated with foreigners who want to move here and take up more room than what we have! You should see Bayside now! 13 years ago, houses in Bayside were AFFORDABLE until all these Asians decided to build their congregations around here...and now they buy homes just to rent out to their congregation members! There is no family houses in Bayside anymore, everyone is a renter around here! NYC needs to do something about all of the foreigners wanting to live here! I mean enough is enough! 8.3 million people in nyc, we DO NOT need anymore! Housing is tight!

Yes, New York needs to actually define what it means by affordable housing, because their definition seems to be very off kilter.

This whole thing is just another scam for the rich.

You should see Bayside now... houses in Bayside were AFFORDABLE ...and now they buy homes just to rent out to their congregation members!
------------------------------
The same thing has happened in Flooshing! I saw a totally illegal (TINY and EXTREMELY CRAPPY) basement apartment recently. The owners will only rent to Chinese - all cash - util. incl.

This is just so wrong! Single family homes are being chopped up under the radar - the neighborhood is total shit now - time to do some urban homesteading in Jamaica with Joe! Northern Queens has been ruined!