Crowley trying to cover up his real address 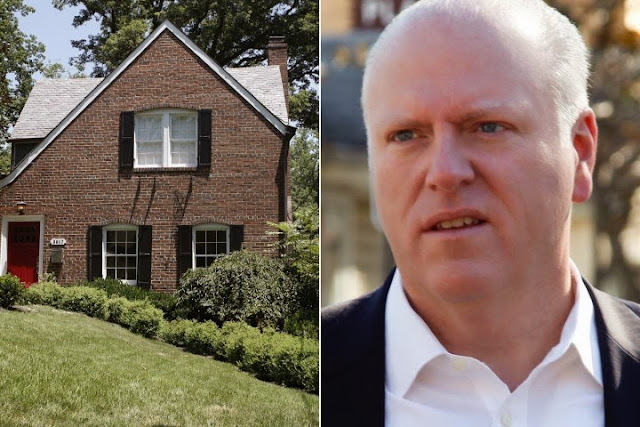 Queens Rep. Joe Crowley is apparently not proud of where he lives — Virginia.

A congressional staffer deleted from Crowley’s Wikipedia page a link to a 2011 New York Post story that revealed how he and his family have settled in the Washington suburb of Arlington, Va., 250 miles from his home district.

The effort to scrub the news article made the BuzzFeed Web site’s list of the “13 more embarrassing Wikipedia edits by congressional staff.”

“The whole new social media is made for manipulation. At the end of the day, you have to be truthful or you’ll get caught,”said Rollins. “And that’s what happened to Crowley.”

BuzzFeed was able to link congressional staffers to the deletion from Crowley’s Wikipedia page by the IP address associated with the deletion.

House of Representatives offices share the same IP address, making it easy to trace the edits back to Congress — if not to an individual congressional staffer.

Crowley and his congressional aides refused to answer The Post’s questions about his sanitized bio or blame anyone else for the editing.

Many members of Congress move their families to the nation’s capital.

But Crowley’s living arrangement raised eyebrows because of his dual role as the Democratic Party chairman in Queens.

The revelation about Crowley’s long-distance relationship with his district has continued to be a sore subject for the congressman.
Posted by Queens Crapper at 12:46 AM

This has long been a sore point with Crowley - the missing Congressman from Queens - We should lobby for a law stating that permanent residency in congressional district is mandatory for all of Congress, period. Crowley shows up in Queens/Bronx (bigger joke) only for political purposes.

He looks and speaks like a low life jerk!

OOPS--Virginia Joe got caught with his pants down crapping on Queens.

How appropriate that this notice appears on Queens Crap. Have a nice day Congressman Crowley.

I think that I'll re-register as a Republican. The Queens Dem clubhouse pigs makes me ashamed of being a registered Dem.

'YOU' voted for him!

How did he ever get elected as Congressman?

If he wants to be the Queens party boss, then he should live in Queens. Force him out. Ditto for Evan Stavisky.

Even if he got a lot of Queens pols their start we all know what politics is like - they say if a politician wants a friend they should get a dog.

If is is considered vulnerable by the 'boys' his days are numbered.

And this issue of his family is only going to grow.

There should be a residency law. How would Mr. Crowley know the concerns of his constituents in Queens, when he doesn't even live there? He's clueless. That's why we have No Representation. His "Woodside address" is his mother's house on 65th street. He's MIA because he lives in Virginia.

Maybe we should give the guy a break. It is not that "many" members of congress put their kids in school in the Washington area, it is virtually all of them that do. The simple fact is that when congress is in session, so is school. When congress is recessed, like weekends, long Christmas, Easter, spring breaks and summer, those are the same times schools are out of session. For him to have his kids in NYC schools, it would essentially mean he never saw his kids at all.

As for county leader, if the voters are so unhappy with his living arrangements, why do they keep rewarding him by supporting the candidates he supports? In just about every contested primary in Queens recently his person won, Grace Meng for congress, Paul Vallone for city council, Melinda Katz for Borough President.

Courts have always ruled that doing public service in Washington by members of government does not constitute abandonment of residency in the home district of the public servant. The relevant questions are, does Crowley pay New York city income tax? Is he registered to vote at the house in Woodside he shares with his mother? Does he intend to return full time to Queens when his service in federal government is finished?

The fact that he would pay NYC income tax while his kids go to school in Arlington would, if anything seem to save us money, I wouldn't complain about that, let Arlington pay those bills while we collect his income tax.

Why was he even allowed to be in any office position in nyc? What a piece of garbage! Why doesnt he just run for office in Virginia.?

A brief history of the vile, fetid, and disgusting Crowleys.

Absolute joke! Really?!? Oh so Queens is good enough for you to fill your pockets but not enough to live in. Go and leave Queens alone and roll in the dirt in Virginia Crowley.

Maybe we should give him a break?

This guy's family should live as we do subject to an area whose character is determined by their father.

Elected officials were intended to be part time - not professionals.

Miss wife and kids? After a few terms step down to stay with your family.

This guy was arrested recently in a protest for immigrant righs - at the same time that congress was struggling with the budget that threw people out of work and harmed the economy right in his district.

This tells you his priorities.

He is rising to a senior level in congress and frankly cannot think of anything significant accomplished.

He is looking more and more like a candidate for a heart attack...does not look healthy.

It is not that "many" members of congress put their kids in school in the Washington area, it is virtually all of them that do.

Listen up - it's time that primary residency in the district represented is law - @ 171K plus all of the congressional expenses to go home in unquestionably generous and if an office holder doesn't like it don't run, simple as that. I am sure there will be many takers of this job! Huh job - a real job is trying to remain above water in an economy that that Congress is to be solving - fire your congressperson if your not making ends meet and paying too much taxes to support lazy folks who kick back lapping up all that we give away for free! It's no wonder illegals want to be here we are about to hand over the biggest give-a-way ever, brought to you by Congressperson Crowley of Va! LOL!

Somebody from the machine must have authorized the Post to run with this story. The lapdog media would NEVER have published this without permission from their masters. Somebody must feel that Crowley served his purpose and has to now move along. I've mentioned it before, watch for the machine to drum up a strong latino challenger and throw their full weight behind him/her. Crowley is on his way out. Alot of good all that shameless pandering and selling out did for you, eh Joe?

Primary residence should be law? Then first stop scheduling votes and committee meetings from Monday thru Friday. You think they are paid too well? Well then why not reduce their salaries and give them plane tickets home each and every night, wherever their district is.

They get liberal travel allowances.