Push for development company to clean up its act 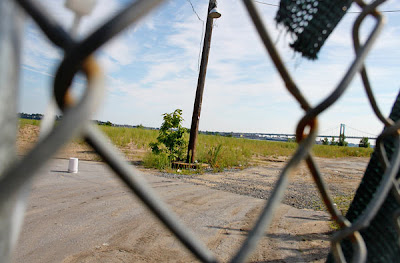 A limited liability company called 151-45 Sixth Rd. Partners LLC was fined $150,000 in November by the state Department of Environmental Conservation for importing unapproved soil onto the site, on the waterfront near the intersection of 151st Place and 6th Road, as a part of the state’s Brownfield Cleanup Program.

The program provides incentives such as tax breaks to developers who clean up toxic properties by entering into an agreement with the environmental agency. The partnership did not abide by all of those regulations and is now in the process of removing a portion of the soil it imported.

That partnership includes Massachusetts-based Enviro Business, also known as EBI Consulting, which was appointed by a bankruptcy court to oversee cleanup of the property, and Barone Management, a Whitestone firm hired by EBI to actually replace the soil. EBI paid $75,000 of the fine, and when it removes the unauthorized soil DEC will waive the second half of the fine.

The new owner of the property, a company called Edgestone Group LLC, is seeking to renew a permit that will allow it to build 52 single-family homes on the plot.

State Sen. Tony Avella (D-Bayside) and civic leaders are asking the City Planning Commission to delay considering the application until the partnership cleans up the site.

“I respectfully submit that the above-referenced application be held in abeyance until such time as DEC has notified City Planning that the requirements of the Brownfield cleanup have been properly complied with, including the removal of all ‘unapproved materials’ that were wrongfully dumped on the site and all the fines have been paid in full,” Avella said in a Jan. 8 letter to the commission.

But Edgestone contends no construction can begin anyway until DEC determines that the site has been properly cleaned and issues a certificate of completion for the Brownfield Cleanup Program, and thus delaying the permit only delays an asset to the community.

Bill Driscoll AND the Vallones are involved in this? Sheesh.
Posted by Queens Crapper at 12:39 AM

La Famiglia di Vallone has slipped us "the bone", while we were bending over to pick up the soap.

Why am I not surprised?
This isn't the first time they've reamed us.

This political mafia dynasty has been lobbying for developers for years!

And CB#7's, "follow the buck" Chuck Apelian, is in tight with the Vallone boys.

That's what happens when greedy mobsters, and their friends, develop a site which should have become parkland of left alone.

How can you support jobs and oppose development at the same time?

These Brownfield Cleanup incentive programs are a good idea - and at the same time, very, very scary. OK: the contaminants are capped - what happens when there's flooding? The potential for leakage depends on the soil perc. rates. In addition, capping requires an inspection and maintenance schedule - I can see it no: "S'cuse me, ma'am - we're here to probe your backyard for possible leaking PCBs - please move the swingset." Interestingly, the Mayor's Office of Environmental Remediation says oh well: caveat emptor. The developer must put restrictive declarations in as part of the agreement. Problem is, those declarations are filed against the lead tax lot, not the apportioned lots. . . so the buyer is usually unaware of any potential contaminents affecting the home. Meanwhile, the owners get tax breaks, and protection from liability. Good idea, cleaning these sites... but poorly executed. And THAT, folks, is the problem with ANY project involving Mayoral agencies (think, also, of EDC) - people make money, but the rest of us get the shaft.

Vallones never thrive outside of the septic Astoria environment.

Old Italian ladies in black, old men with their worry beads, and sonny boys in concrete and carting are a unique mix indeed.

Most communities expect more than just getting traffic tickets fixed, and have more respect for their community than just selling out to an asshole that digs a big hole in the middle of the block before running out of money.

All development is not created equal. The jobs created by irresponsible development would be better going to projects that are in the public's best interest. That means not ruining the character of a neighborhood, or developing in a flood zone.

It also means not building housing complexes that no one will be able to afford to live in, especially those who are longtime residents of the community. We can't have developers with a history of violations and accidents to be allowed to continue their shabby work.

I could go on, but I'm sure there are other posters with something to say.

Who said they opposed development? The opinion is that the damn site should be cleaned properly before houses are built on it. If someone else believes this should be parkland, that would provide jobs, too.

Amazing how all these candidates for city council are coming out of the woodwork yet NO ONE has done anything about it.

Some of the candidates have commented on the situation , yet NONE of them have taken any action.

You want our vote?

We are watching and we will make sure all of the community know who does what and who does not.

Support jobs?
Here we go again the old job creation bullshit!
It sounds more like you're giving us all a hand job,
you finnochio!

It seems that your old dog's tricks aren't working as well as they used to, back in the day.

The internet has put an end to the blather, BS and blarney that your handlers have been pushing.

Voters are being better informed thanks to the blogs, and you can never hide the truth from "Crappy" for very long!

It will all come out in the wash, right here on "Queens Crap".

Jerry. You see Al Centola's Facebook page. He asked Vallone about this site and of course Vallone gave some bullshit answer " you dump in out backyard you pay" and Al called him on it. He said something along the lines that Dj Paulie was ducking and weaving like a boxer around the issue.

Als a pisser. He calls it like it is.

How are the Vallonians involved?

Time to clean our house.
Vote the bums out !
Wake up Queens voters before it's too late.

The Vallones..."valliant" bulwarks of corruption since the days of grandpa Charlie "the judge" Vallone...are intent on taking over your turf!

You've seen the Sopranos at work.
Now you have the Altos!

The Vallones may not be as murderous as the former, but these "gavones" are skillful political mafiosi nevertheless!

Let's see if CB#7's "follow the buck" Chuck Apelian can put a positive spin on this for his goombah Vallone!

Chuck's got his nose so far up Vallone's ass that it will take surgery to remove it.

How many printing contracts have you scored from them Chuckie?

Chuck needs to be chucked! CB#7 is a gang of thieves!

Politicians are most skillful
at giving non-answers to direct questions.

Vallone, most likely,
learned his political tactics in law school--like many other politicos have. Most pols are lawyers, aren't they?

A good mouthpiece can manage to wriggle his way out of quicksand.

Is it beyond belief that they're involved in this project?

This is why Al Centola is getting my vote

This what is called retro-developement! They come into a community (whitestone) from outside the community (astoria) and destroy neighborhoods just like they did in the place that they just left and put the money they make in investments elsewhere.