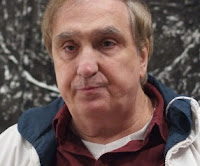 Assemblyman Vito Lopez’s interest in running for the New York City Council appears to be renewed. On Friday afternoon, Mr. Lopez told The Insider that he would make a decision about a run in “two or three weeks.” And after several weeks of trudging to Albany, Mr. Lopez, who said he skipped this week’s legislative session to keep a series of doctors appointments in New York City, is strongly looking at a position closer to home.

If he does run, Mr. Lopez said, he would have support, noting that “600″ people showed up at his Christmas party this year. Mr. Lopez said a run would be for the seat currently held by Councilwoman Diana Reyna, which would require that he move into the district if he won.

Which would mean he would represent part of Queens should he win. God help us.
Posted by Queens Crapper at 12:55 AM

They are not stupid. Queens is a dream for any pol. and the local standards are so low and press so poor that he could be portrayed as a hero without blushing.

Remember when 'Two Ton Tony' died in prison? Shamelessly depicted as a hero.

The plea is futile. God has ALREADY forsaken Queens.

Vito needs to go away.

I'm sure the Brooklyn Bishop will pray for him.

Will Dennis G be on his staff or just an advisor.

This creep will decide not to run. If he continues and does not retire, that would be a big mistake. Don't you think?

He has to be smarter than that. Stick a fork in him, he's done.

Dennis P. Gallagher has groped more than his fair share of grannies.

He should run for office again.
That way we can all get f----d in the tookass properly, while we're down on our knees begging.

Dennis sure loves to doggy style his constituents,
in his district office.

Gag...
and he's Councilman Peter Koo's adviser.
Where is Peter parking his Peter these days?

Anon 1: Provide just one example of Seminerio being treated as a hero in an obituary. Just one.

Can't do it, can you, you lying piece of trash?