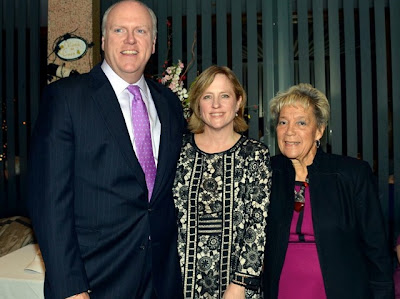 In the Assembly, she served as chairwoman of the subcommittee on urban health and fought against the privatization of public hospitals, she said. She was also responsible for a bill increasing penalties for domestic abuse.

Later, she went to work for Shulman, the borough president at the time, as a director of community boards, attending meetings around the borough and keeping the president informed about communities’ concerns.

In 2002, she was elected to the New York City Council.

As chairwoman of the land-use committee, she negotiated various down zonings in Queens and supported new developments, including Willets Point and Hunters Point.

Her tenure on the City Council won her a recent endorsement from former Mayor Ed Koch.
Katz “is the one candidate in the race that raises the level of conversation about balancing economic development with the community in Queens,” Koch said in a statement.

After she lost the Democratic primary for New York City comptroller in 2009, Katz went to work for a law firm, Greenberg Traurig, specializing in land-use issues and government relations.

Deputy Borough President under Shulman, promoted overdevelopment and eminent domain for private interests while chair of land use for the City Council, endorsement from Koch, and most recently worked for a lobbying firm. I can't think of anyone more qualified to be borough president. Can you?
Posted by Queens Crapper at 12:39 AM

I can ... Vallone of Vallonia.

This is te best that we can do?

The Unions hate her! Not on her resume.

Katz will turn Queens into a litter box of overdevelopment, if she gets elected.

As far as the real estate industry is concerned,
she's the cat's meow!

She will make her baby daddy the new police chief who will then change the pd uniform to the red beret!

The last twelve years have been a disater for Queens.

If we had a borough president that could at least complete a sentence, we would be better off than we are now.

There are plenty of smart, articulate, caring people who live in Queens. The problem is that they are having a hard time making a living and keeping their personal
lives in line. They can't walk away from their jobs to run for public office and know they will have a job to come back to.

That leaves seasoned retired folks to take the helm.
Regretably, most just want to enjoy their lives and shy away from running for office.

The bench gets smaller and smaller as we go along.

Katz has the right background and is at the right place in her life to take on the job.

I think she is the best in the pool of contenders at the moment.

I don't see any white knight appearing at the last minute out of nowhere. If anyone has any other suggestions for another stronger candidate, speak now and don't complain later if a subpar choice is elected.

For once, let's pay attention and get it right.

Yes, this product of the political machine IS the best we got. I agree with the commenter who said that she can put a sentence together.I wish we had a better candidate.

In an office that all agree has no real function,you would think a lot of people are worried about her and Vallone. I'm confused

"This race is actually pretty damn important.
For once, let's pay attention and get it right."

As for Tony A., Crappie, get your head out of his ass already!

Quite frankly, if you think Tony Avella would say yes to shitty development projects the way that Melinda Katz would rubberstamp them, then it's you who needs to get your head out of your own ass.

This is why we need to get the right candidate in there and why Vallone and Katz would be disastrous: UNIFORM LAND USE REVIEW PROCEDURE Note where it says "triple no."

Furthermore, all the candidates can string a sentence together. It's the sitting BP who can't.

We do have a good candidate - Tony Avella. Whats wrong with you voters? Is he too honest, too sincere, too hard working, cares too much about you and Queens? Make some effort to be an informed voter. As previously stated get your heads out you know where and vote in the Primary.

Tony is a great guy. All you have to do is meet him or hear him speak to know that he cares about the borough and isn't just out to rape it!

Why are many of you slamming this decent, honest guy? Do you have a valid complaint about him? If so - what is it?

I voted for Tony Avella for State Senator and would vote for him again.
The Senator and his office staff have done a good job and I strongly believe he would do a great job as Borough President.

the worst kind of alley cat.
she slept with everyone and anyone she thought would advance her career.

Informed voter does not mean who slept with who.

Crappy ...try to tell the whole truth about your fav Queens pol......your bias is very obvious and can affect nys unemployed citizens . they are a part of the 23million U.S citizens (about 9-12% in NYS) presently unemployed/underemployed.

two of my family are in this category. their careers are destroyed by government regulations and high corporate taxes /health care laws. Corp. will only hire part time (below 30 hours /week) and no benefits ,to avoid mandatory health care costs.they will opt to pay the penalty/tax to the government instead.

Look guys, these people do not come out of the woodwork.

The problem is with us - take a look at just about any civic group in the borough and compare it with one in say, Carroll Gardens or the West Side.

The problem in Queens is we bitch about it, but when someone stands up and tries to do something, its merely an excuse for everyone else to run to the pol, cut their deal, take home their money for a mailing or something, and stand idly by while the press slams that person as a jerk or unwilling to 'compromise' (read take a few meaningless gestures but let the idea sit as is.)

Take a look at borough hall. There is an election in a year. So what is borough hall going to do for the next 12 months besides take a paycheck?

That is fine cause they are doing more than most of you.