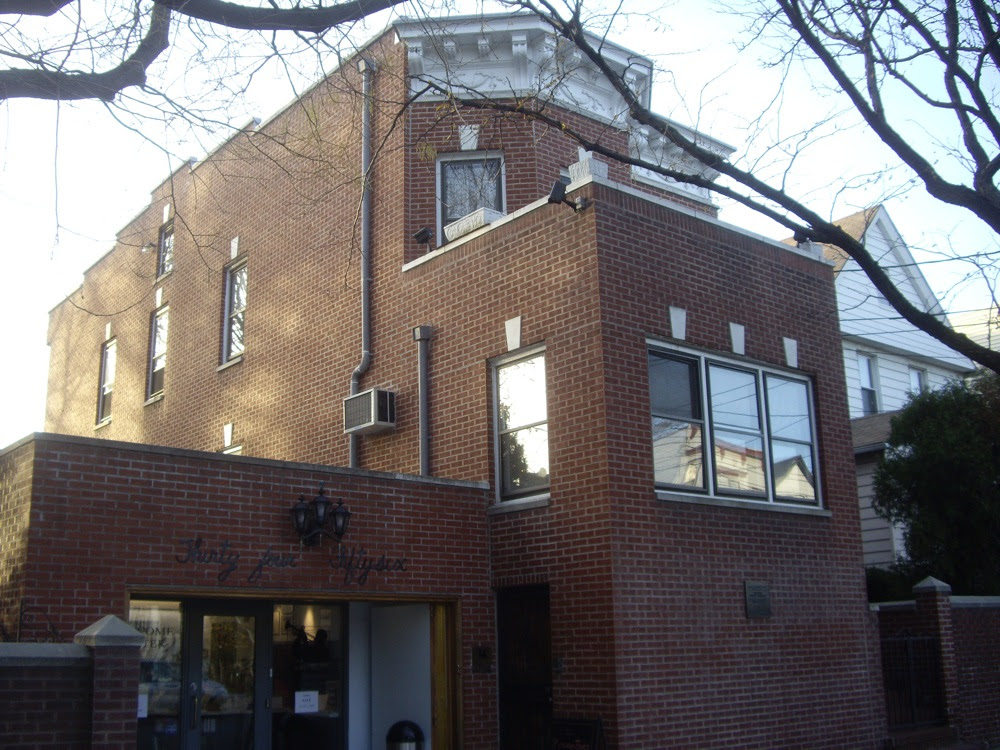 Several historic sites in Queens could miss out on thousands of dollars in preservation funds because they are attracting few votes in an on-line contest.

The Partners in Preservation program selected 40 sites across the five boroughs to vie for $3 million in grants. The top four vote-getters get their projects fully funded and several of the runners-up will divvy up the rest.

But none of the five Queens sites has made it into the top ten since voting started on April 26.

Why is this group putting money toward things that have already been saved and are funded from other sources?
Posted by Queens Crapper at 12:18 AM

This list WAS picked by the preservation leadership in Queens.

Looking forward to the Queens Landmarks Commission, aren't you?

If there is any real preservation community at all in Queens...
it's highly disfunctional.

We can not find much proof around that the various historical (hysterical) societies that exist throughout our borough...
from Greater Astoria Historical Society (west) to Bayside Historical Society (east) very effective in having saved much in the way of historic sites...except their personal archives, home base buildings and overinflated egos.

Time to cut out your BS.

Are you not personally a member
of the board of one of those "preservation" groups that might have submitted that list you are speaking of?

C'mon fella....everybody out there has got your number.

You're little more than a bellowing phony.

Now go and wipe that spittle of rage off your chin before it drips down and hits your shoes.

We wonder...
how much money does GAHS
pay George Stiamadedes in rent
for their digs above his funeral parlor?

No wonder history is dead1

Who said anything about establishing a Queens Landmark Commission?

Are you off your meds again old boy?

After reading this thread I can see why Queens has so much trouble preserving historic sites: Those involved with the preservation effort spend more time taking pot-shots at each other than the actual business of saving historic sites.

Correct on that regard Cav, but the person that is posting most of this nonsense petty much babbles all over this site and needs some gentle editing by the webmaster for this drivel only detracts from the important work that is happening here.

It's only one disgruntled, jealous guy from Astoria taking all those "pot shots".

He's like a child throwing spit balls at the teacher when she's not looking.

Then he switches to an angelic expression and says, "That wasn't me Miss Crabtree".

Nah,
let the webmaster let his drivel run. QC is a free speech borough sounding board.

Besides...
everybody out there in THE REAL preservation community knows who this mischievous fool is.

But that fool certainly thinks he's the cat's meow (while claiming to be related to the framer of the Flushing Remonstrance).

Naw, this guy can prattle all day. Let him.

the poster child on why preservation in Queens is not taken seriously.

So it's just a single simpleton
who's doing all the bellyaching under several different names?

It's only one disgruntled, jealous guy from Astoria taking all those "pot shots".

Nope. And you look like a fool using "scare quotes".

It's easy enough to find out who I am with a couple of clicks of your mouse. Give ya a hint, buddy: Cav is a contraction of my last name.
I don't advertise myself but unlike you I don't hide behind anonymous.

I have noticed this sniping before on other threads on the same or similar topics and it does make for a bad impression on all.

Seriously, if it's only one crank, then let him ramble on and anyone can see he has no credibility.
Never feed the trolls.

Note that the babble is mostly relating to Flushing topics and you can get a better target on who is doing it.