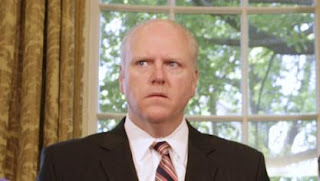 U.S. Rep. Joe Crowley (D-Jackson Heights) hopes a proposed bill allocating $70 billion to teachers and first responders around the country will pass with presidential support, although a nearly identical piece of legislation did not gain enough support to even come to a vote in the Democratically led U.S. Senate last year.

“We believe this is an emergency and needed to help state and local governments,” Crowley said at a news conference across the street from the College Point Police Academy currently under construction.

He was joined by leaders from FDNY and NYPD unions as well as the United Federation of Teachers.

The bill would allocate $30 billion in funds for teacher salaries and $5 billion for police and fire funding per year. New York state would receive some $1.7 billion over two years, with the Big Apple raking in $1.2 billion of that money.

Crowley said the extra cash would be a shot in the arm to help reduce crime and class sizes all over America.

Consider the load of bull dumped on the floor of Congress by New Jersey Rep. Russ Holt. Already demanding a federal probe of the NYPD, Holt introduced an amendment to a funding bill to deprive it of federal dollars.

Citing The Associated Press campaign against the department, Holt accused the police of “sloppiness” and of waging a “surreptitious, uncoordinated and unprofessional approach to counterterrorism prevention within the American Muslim community.”

It was a scurrilous attack, and might have passed without debate because the amendment itself doesn’t single out the NYPD. Only during his floor speech did Holt name his target.

Thankfully, the measure was defeated by 232-193. But get this: Of the 11 Democrats from the five boroughs, 10 voted for it, and one didn’t vote. Democratic party leaders all voted for the measure.

This is no ordinary partisan hatchet job. This is an attempt to defund the police in ways that would leave the city more vulnerable. And it comes from the very people New Yorkers send to Washington to represent them.

Am I the only one who read both of these articles and noticed there is something very hypocritical about this?
Posted by Queens Crapper at 12:50 AM

these socialists who invaded the once proud democrat party do not care about the safety of nyc citizens, that the NYPD and FDNY provide.

they only want control over your taxes so that they can promote social engineering for future years.

will you follow the socialist agenda by voting them in office again ?
you and your family's family will pay in the end.

California is broke because of the socialists agendas.

They promise and appear to support in one bill and taketh away in another? This is a classic case of POLS talking from both sides of their mouths.

Why the hell should "Virginia"
Joe Crowley give a f-----g damn?

He spends most of his time in the beltway and will be retiring there...far away from NYC's woes.

Between "Virginia" Joe and his niece "dizzy" Lizzy...that family looks like a bunch of bad seeds!

I dread what their crooked offspring might foist upon the electorate...should they decide to pursue seeking public office in the future.

Hang the SOB
from the Washington monument!

Puhleeze....
there hasn't been a decent Democrat since Harry Truman!

Let's de-fund Joe Crowley
by voting him out of office.

It's easy to explain:

1. "Cash is king" -- this is simply increasing the taxpayer transfer payment to teachers, cops, and firefighters for doing the same job they have always done. Public employee unions fund the candidates who vote for the raises for their public employees.

2. Imposing policies that make it impossible for the police to watch groups as they go from mere talk to criminal action is popular with the left.

this guy is an asshole, VOTE him out , please

Perhaps we should start referring to Virginia Joey boy by a new name, Curly.

He is the spitting image of Curly and votes with stooge like intelligence.

Also, my sincerest apologies to the real Curly for defaming his good name.

Been There Done That said...

Hey Anonymous #5....."Virginia Joe" Crowley is not Jewish, for your information. Stop trolling, you hater!

The democrats know damn well NYers will vote for anybody they put on the ballot with a D after their name. They can afford to take your votes for granted.

can a commenter identify the politicians and union officials pictured with Crowley, if you click the TIMES-LEDGER link to this post ?

Vote the pig out of office this fall.

Nowhere
did I say that Joe is Jewish.

I repeat:
At one point in its history,
the Democratic party was co-opted by Jewish Socialist-Communists.

It apparently has never recovered from all of that run away
post Wold War II unbridled liberalism.

Now go and buzz off.

Those, who can do for themselves,
vote Republican.

Those who cannot,
look to the Democratic teat
for their free milk.

The taxpayers get stuck with
the dairy bills.

Do you think that sheep
are intelligent enough
to vote a pig out of office?

Voters are often followers
not leaders...and pigs are among
the smartest of animals.

during W.J.C's second term,the g.o.p.senate and house of reps. deadlocked with the W.H. and the dems proposed funding millions for U.S.City police depts.,so the g.o.p. would be backed into a corner.

the g.o.p. would have been criticized by voters if they voted against the bill.

an election is near and Crowley and the dems. are playing the same g.o.p. blame game, to make them look bad.

And if they hadn't proposed providing that funding for the police, you would have said what?

Time and time again, the Republicans will allow themselves to be painted into a corner.

Stay tuned. It will happen again.

I can't believe dipshits continue to vote democrat. They're all liars and they basically want to bring the world to an end with their war on morality and religion.