Council upset that Bloomie made an end run around them 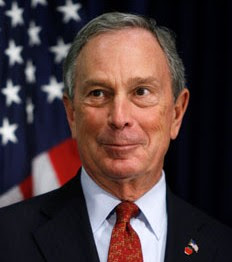 New York City's mayor should be prohibited in the future from inserting multimillion dollar expenditures into the budget at the 11th hour without public scrutiny, as Michael Bloomberg did with his initiative to help minority youth, several City Council members said Thursday.

Council Member Peter Vallone Jr., a Queens Democrat, said he is exploring the possibility of introducing legislation that would bar the mayor from earmarking taxpayer funds for yet-to-be announced policy initiatives after the time for public review has ended.

In late June, unbeknown to many council members, the mayor quietly secured $22.5 million in public money for his new program to aid young black and Latino men.

The funding was included in budget documents that council members received on the day they adopted the city's $66 billion budget, but some city lawmakers said they were outraged that there was no public hearing or council briefing on the plan.

"For someone who complains about the lack of democracy and the secrecy in Albany, the mayor just made a very Albany-like move by sneaking in an initiative costing millions in taxpayer [money] at the last minute to ensure that there would be no hearings on it or public input," wrote Mr. Vallone on his Facebook page after reading about the issue in The Wall Street Journal.

"I thought three men in a room spending taxpayer money was bad," Mr. Vallone later said, referring to the governor and leaders of the Assembly and Senate in Albany.

"But this was two men in a room, and one wasn't even elected," he said, referring to Mr. Bloomberg and fellow billionaire George Soros, both of whom donated private money to the youth initiative.

Wasn't Bloomie the guy that you just HAD to extend term limits for? The one that was such a financial genius that the city couldn't weather the economic downturn without him? The one the stupid voters of this city voted for although they were pissed about how the whole term limits vote went down?

He hid $22.5M from everyone, so what? He and his accomplice, Christine Quinn, hid their slush funds for years and to this day have not been brought to justice for it. In fact, people's memories are so short that Quinn is considered to be the frontrunner for mayor in 2013 (unless Bloomberg decides to run again, of course).

We get the government we deserve.
Posted by Queens Crapper at 12:52 AM

another example of gangster leftwing government in nyc.

With the blatant disregard these people have for the citizens of New York City, how can we even be sure election counts are not being tampered with?

Thanks Queen’s Crap...posted on my blogs and for your readers my new YouTube on the ex-king of NY Bloomberg, king of outsourcing CityTime3 oops he went over budget 300 million this time. CityTime 2 is the name John Liu dubbed the flawed 2 billion dollar ECTP 911 tech system which like CityTime involved consultants billing for time they did not work and over billing us big time http://youtu.be/b3ej7HcHn40 which is why there should be arrrests, law suits plus damages on behalf of the People and the only lay=off of city workers should be Bloomberg and gang not parks dept workers.

You can kiss a dictator's bum.

You can suck his Johnson, in an attempt at gaining his favor.

But NEVER turn your back on him!

You'll wind up getting plowed in the rear anyway!

There IS NO SAFETY
in trying to appease or agree with a tyrant!

Now you gutless city council members know full well....what it feels like to be butt-bumped by one arrogant despot....Der Bloom-Hitler!

You all gave him his third term so now Mike says thanks....by giving you the shaft!

Not leftwing; amoral. Bloomberg doesn't care and he was put there by the RepubCon leadership that he bribed. They could have nominated someone else, you know.

I'm sure Finance Chair Councilman Domenic Recchia knew about this. It shows he threw his fellow councilmembers under the bus.
Recchia is Quinn's lapdog ,so it's no surprise.

Does it really matter if you're getting robbed with a gun or a fountain pen?

is George Soros also the socialist puppeteer for bloomberg in nyc ?

it is reported that he controls obama's telepromter at the federal government.

just like the obamacare democrat voting politicians, our city council( 49 dems to 4 gop) did not read the expenditure proposal. what a bunch of losers.

"In late June, unbeknown to many council members, the mayor quietly secured $22.5 million in public money for his new program to aid young black and Latino men."

Where are the programs intended to specifically help POOR WHITE NEW YORKERS?

They are by far the most disenfranchized people in this city.