Is Jackson Heights an epicenter of perversion? 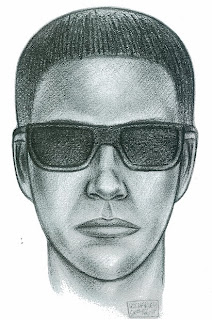 “If you have breasts, you get hit on. That’s how this neighborhood is,” said Nicolle Loayza, 26. She was talking about Jackson Heights, where she was born and raised. A man accused of groping three women in the neighborhood on two different occasions is still at large.

On the heels of these reports and a spate of separate groping incidents reported in Astoria and the Upper East Side, council members Julissa Ferreras (D-Corona) and Danny Dromm (D-Jackson Heights) stood on the corner of 90th Street and Roosevelt Avenue today to pass out fliers with the police drawing of the Jackson Heights groper.

Yesterday, a different man, Jose Alfredo Perez Hernandez, was arrested for allegedly fondling several women on the Upper East Side, according to published reports. Hernandez is from Corona.

Ferreras said she decided to canvass Jackson Heights today both because of the incidents that occurred in her district and because of Hernandez. “Is this the place where people come to hide?” she asked of Corona.

While Dromm and Ferreras continued to pass out fliers, Loayza pointed to the spot across Roosevelt Avenue where she said men often wait just to look up women’s skirts when they climb the stairs to the 90th St. 7 train.

She described the time a man grabbed her crotch a few blocks away when she was just 12 years old, and said men often follow her home from the train, catcalling her along the way. However, she has never reported a single incident.

“I’ve learned to deal with it,” she said. “You just walk around the block and try to lose them.”

But Ferreras thinks this is precisely the problem.

“It’s not just about shrugging it off or avoiding a corner,” Ferreras said.

How about the fact that this behavior has for decades been considered acceptable in some of the vibrant, diverse cultures that call Jackson Heights home? I heard stories like this about Jackson Heights back in the 1980s.
Posted by Queens Crapper at 12:27 AM

Really? No one has ever bothered me there, though I'm frequently bothered in Harlem. Maybe I'm not their type...

How about the fact that this behavior has for decades been considered acceptable in some of the vibrant, diverse cultures that call Jackson Heights home? I

How about that's exactly what the article says the problem is?

Rather than assimilating into an American attitude of respect for women, they resist assimilation and maintain the habit of harassment (verbal and physical) of women as they had in their homeland.

The article doesn't say that. The article skips over the cultural aspect completely.

My Colombian friends tell me this behavior is common back home in their countries.

Damn Irish kids from Woodside are at it again. Oh scratch that, the last two Irishmen in Woodside have been accounted for.

why don't you address the real problem: Tammany Hall tweeding

[2] sending subtle signals that this is perfectly fine as your IGNORE scores of day laborers LEARING at young ladies.

But, since your leader lives in Washington so his daughters don't face this, and you reelected him and his crowd over and over again, what IS the real problem here?

Hey, who needs to go out on the street?

With the new hotel room just feet from my son's bedroom we can pop some popcorn and watch the performance from the safety of our home.

"Rather than assimilating into an American attitude of respect for women, they resist assimilation and maintain the habit of harassment (verbal and physical) of women as they had in their homeland."

How does that apply to American blacks, who also display similar behavior?

As a Colombian-American woman that frequents this area, I totally agree that something needs to be done. I'm ashamed to know that, yes, this behavior is very common in our Latin American community.

The fxcked up part is I'm not even too sure how to change the culture. My only hope is to wait for my generation (the ones born here) and the following ones to let go of some of that ugly behavior.

Also- The use of the word Mami has to stop too, it really makes me want to go on a murderous rampage, that word.

American attitude of respect for women?

In what fantasy world do you live?

Yes, the American attitude of respect for women. That touching a woman in public, looking up her skirt is not tolerated, and also arrestable. Not like in most countries where this behavior is not just ignored but encouraged.

Another victory for the Sanctuary City!!!

Like a previous poster said, American blacks do this as well, so it has to be more than assimilation.
Any time I have to walk through a poor or working class neighbourhood the cat calls are plentiful.I've tried to ignore them and when that didn't work I would tell them off and sometimes I have even physically pushed them away from me.
What we need to do is make street harassment illegal!