Lobbyists not affected by recession 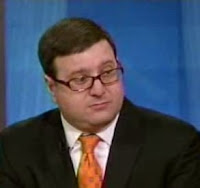 Lobbying data for last year won’t be released until May, but interviews with the main players make clear that Albany’s top lobbying firms are scrambling to switch their lineups to accommodate the shifting political landscape.

It’s a big-bucks business. Though numbers aren’t yet out, officials expect last year’s haul to exceed the $171 million the state’s 5,300 lobbyists pocketed in 2007.

No lobbyists are closer to the throne than those at Meyer Suozzi English & Klein.

Hey, how much did NYS spend lobbying itself? Did we outdo NJ?
Posted by Queens Crapper at 12:23 AM

Toby Stavisky was overheard
during the original term limits/city charter revision hearings that "....Evan's going to make a lot of money off (all) of this...."!

Not to mention the extortion campaign that Parkside's been waging urging Queens not-for-profit groups to use them (or else?).

H-m-m-m....
then, of course, there's that lucrative Willets Point assignment!

Hello out there Claire!
Notice how all those fat asses stick together!

We can be expected to be hearing from Evan very shortly, no doubt!

You know...
(we heard it from a good source) every time the media featured an anti Stavisky comment Evan phones the editor fuming and foaming at the mouth like the spoiled little brat he really is.

Then there's that old (1980s?) tale of Stavisky prompted stooges stealing weekly newspapers off the racks because they didn't like what was said about them.

It's quite easy to become a Democratic clubhouse strategist.

"I don't like what you printed in the papers so I'm going to urge advertisers to pull their ads".

"We can teach you how to elicit campaign contributions from foreign nationals (i.e Taiwan) and "filter" these illegal donations so they become legal".

Sorry you'll have to pay for the rest of the clubhouse/university's course.

C-mon...threaten to pull your advertising from "Queens Crap" Evan!

And suing will get you nowhere either.

He sure sticks to that quote.

Thanks. I needed that!

georgetheatheist said...
This comment has been removed by the author.
Tuesday, March 31, 2009

Evan Stavisky has been chosen to be the 2009 Poster Boy for the Gynecomastia Association of America.

Are you kiddin' me?

Can he find his schvance
under all that lard?

His "wife" had better top him if they try or else be smothered and crushed!

Puh-l-e-e-eze...
if I had the choice of hibernating in a cave with Evan or a bear...I'd choose the bear!

The Staviskys have sure cornered the market on ugly genes.

Bring another one of them into the world?

No thanks!
I'd rather post a pin up flick of Granny Shulman on my wall!

Banks do own the house and senate...via loobyists.
It all started with a small tax dispute case, Santa Clara County V Southern Pacific Railroad. and a little bit of court shenanigan by a court clerk named Bancroft Davis
Who had his own agenda, because he had served as president to the board of directors for The Newburg & New York Railroad Co. What in blazes he was doing there as a court clerk to begin with is unknown.
Anyway, in the preamble to the case, Chief Justice Morrison Waite said “We can all agree that equal protection under the law applies to these corporations as well.” After the case was decided, the foot notes were put together by none other than a railroad man who took it upon himself to include the equal protection under the law quote from the preamble as part of the summary judgment handed down. Its all the more amazing considering that the case wasn’t about equal protection at all. In fact the court skirted the issue altogether.
The immutable facts are …corporations exist and do business by the good will of the state. A corporation cannot exist without the consent and authority of the state. They can’t hold elective office, they can’t be sworn as citizens, nor can they be arrested. And most importantly they don’t enjoy the right to vote.
If they can’t be sworn in, hold office, be arrested and can’t vote, tell us how did they get the right to petition the government to redress a grievance?"