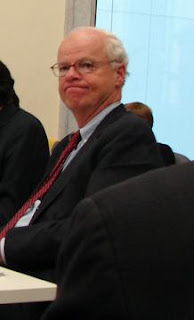 Far from “missing,” the record shows that during the Bloomberg years the Landmarks Preservation Commission has experienced its most productive period in recent history. In fiscal year 2007 alone, 1,158 buildings were designated — more than in any other single year since 1990.

And the total number of buildings designated during this administration — 2,317 to date and counting — eclipses the number designated under any mayor since Edward I. Koch.

If the present pace continues, we will have designated more historic districts than any other administration since the commission was founded in 1965. A larger number of those districts will be outside Manhattan than ever before, too.

Adding to this effort, the commission recently conducted its largest survey in nearly two decades — completing an evaluation of more than 22,000 buildings in all five boroughs to identify the next generation of landmarks. This unparalleled activity has been made possible through close collaboration with the public and the preservation community.

Yes, and the list will be deposited into the circular file. Mr. Tierney should answer why all neighborhoods in the city don't have at least one landmark and why some seem to get a disproportionate amount of attention.
Posted by Queens Crapper at 12:48 AM

Why are they overlooking Broadway/Flushing?

Its only for rich people in the right community.

With "Clairol" Christine kissing Mike's bum and Tierney on his joint, the mayor is surely getting his share of "jollies" these day isn't he? !!!

Because Broadway/Flushing has been red-lined for the exclusive expansion of Korean interests!

The problem is not the law as much as the preservation community.

Things are geared so that only the 'right' type of neighborhood can gain traction.

Has the poster
done anything CONCRETE to pursue this sort of action?

That's for someone else to do while the poster sits in his armchair and "directs" the troops like a wannabee General Patton!