Documenting illegals: good luck with that 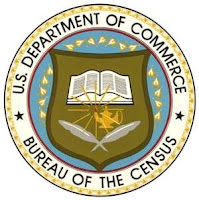 But that would require illegals to step out of the shadows and reveal their whereabouts on documents the city vows not to turn over to Homeland Security.

With each illegal translating to about $500 in state and federal funds, the city plans to hire community sources to beg them to fill out the probing census forms.
Posted by Queens Crapper at 12:25 AM

Why bother me with silly questions?

Just give me a 6 pack of Corona, and leave me alone!

Instead of begging these illegals to fill out the Census Form, let's beg the Federal Government to enforce the immigration laws. Why not net $500 for each illegal deported. That money can pay for their transportation back to their countries and the US Taxpayer won't have to support them anymore. Then we'll have an accurate total of what REAL AMERICA is.

As long as the rich think they are exempt from the laws of gravity, and its ok to break the law by renting to, and hiring, illegals, nothing will change.

They will not have to pay the price of higher rents, lower paying jobs, or the tax burden.

Uh-ah. Thats for the little people

FYI Census data is also used to redraw the boundaries of Congressional districts. The Census Bureau claims that all data collected is protected by U.S. Code Title 13 guaranteeing confidentiality.

why not just stop giving them government aid? no more jackpot babies, no more social security for the old folks.

why not one way tickets home?

And how many languages are these Census forms going to be translated into at taxpayers' expense...huh?

Me fill out forms?

I go back to old country first!

You look as if your doing something
but your thumbs are staying nice and warm just where they are...
right up your ass!

No sense leaving your comfy desk
to pound the pavement!

Bullshit!!!
They want to make them vote so Democrats can stay in power forever !!

1/3 already votes unchecked with bullshit "Bank of America" checks card ID's as it is!!!

Anybody been in line at a certain American bank where NOBODY but the branch managers and 2 tellers speak English ?

Lines of squat monsters and pregnant females bloodsuckers needing assistance in Spanish to fill out money orders and paperwork. They have no Id but debit cards !!!

-I called out a branch manager; "Your aiding and abetting these people with my money "
He responded with:
1- "the goverment told us once they establish a form of ID they can be our customers.
2- Not everbody the doesnt speak English is an illegel.
3-If you dont like it go to another bank.

My CD had just matured I said OK and wanted all took ALL my money out demanded cash!!
The prick wanted to give me an out of state corporate check!!
...Then said I was high or crazy and had and obligation to "protect me from myself"
The bank even called the cops claiming I was "crazy looking intoxicated guy" insulting customers and disrupting there business..

The cops came check me out and laughed at them "he's not drunk, your customer and has the right to be here"
I tied the bastards up for 1 hour and got my cash. I’m suing them for discrimination with the 911 recording.

Good for Joe! He had the right to take out his money in cash and did. I do the same thing in stores and banks. If they don't speak to me in English, or make me wait a long time because they are speaking in a foreign tongue, I ask for the supervisor and then take my business elsewhere. Money talks. When they have no English speaking customers, you'll see a change. I am so sick and tired of coddling these foreigners. In a foreign country their government wouldn't do the same. Even phone calls to companies are press 1 for English, 2 for Spanish, etc. Make English the official language of the United States. Shame we haven't heard that from either candidate.

These friggan border state Cowboys see them as cheap labor for there billionare industry Meat packing, Oil, Mall people....they pay to get them elected.

Obama once elected say f_uck these 3rd world shits and look after his own people first.

McCain's another border border cowboy asshole like Bush, Supported EVERYTHING Bush did letting both the bankers and illegals screw us good !!

Id rather Paris Hilton be president. Lame duck we try again in 4 years.

Good ...I just may fill in Paris or Ted Nugent !

Both candidats suck the worst wind in US election History.
Both are bleeding heart Commie Liberal Democrats.
NO THANKS !!!
My vote wont make a difference but at least I'll sleep at night.
...Remember the Alamo !

Seems the Pope & Catholic Church wants a piece of those 1/2 MILLION McCain and Bloomberg want to make legal as well.