This photo was published in the June 11th, 2008 edition of the Queens Gazette of the First Reformed Church of College Point (built in 1871) after a fire had damaged the vestibule and belfry. Buildings records indicate the property had been calendared but not yet officially landmarked.

This photo was taken yesterday. 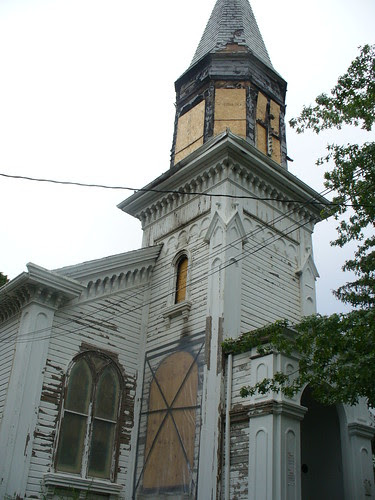 Here's what's on the door: I hope the congregation can raise enought to fix this. I'd hate the LPC to use the excuse that it's too damaged now to designate.

Services are being held in the chapel until the sanctuary is repaired, apparently. They were hoping to be back in by Christmas, but now it's looking more like Easter.