It's safe to go back in the water 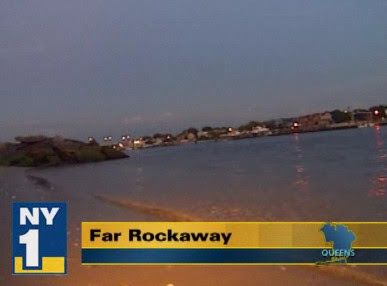 Parks officials quickly deemed parts of the beach off-limits Monday after fishermen reported a shark sighting off the shore.

Officials hustled swimmers out of the water between Beach Ninth and Beach 18th Sts. about 3 p.m. The beach remained closed for the rest of the day, said Parks Commissioner Adrian Benepe.

Benepe said because authorities could not spot the shark - estimated at 10 feet long - the report was unconfirmed.

Still, police and lifeguards continued to keep an eye out for sharks all evening, Benepe said.
Posted by Queens Crapper at 6:33 AM

I am NEVER going to the beach again! Drownings, sharks.....no way. Too scary.