Collecting above and beyond the rent 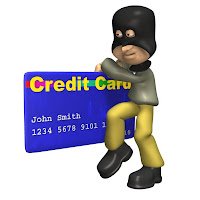 A Queens landlord assumed a tenant's identity, bought himself a BMW and racked up more than $20,000 in credit-card debt, the Queens District Attorney's Office charged yesterday.

Phivos Ioannou, 47, of Astoria, could get 15 years in prison if found guilty of grand larceny and identity theft.


"This is a disturbing case in that the defendant is alleged to have invaded his victim's privacy in the place she should feel safest - her home," said DA Richard Brown.

Ioannou's lawyer, Michael Anastazio, noted that the case was still under investigation and that his client "has denied all the allegations."
Posted by Queens Crapper at 12:08 AM

They should hammer roofing nails into his f-ing balls.

Sad thing is this guy owns a realty company now in the same location as his old boutique at 3718 31st Ave Astoria, NY. Scary. How the hell is he still allowed to practice after all this?

Hi,
is there way to get a picture from the Phivos Ioannou in question?
I went to Evan's corner realty asking to rent an apartment which is at the same address you mentioned and a guy named Phivos came to me offering one.
As far as I know Phivos is a pretty common Greek name, but how can I know this is about the same person?
I would appreciate any help.
Thanks in advance.

I've known Phivos for the past 25 years and we've both been in the real estate business for so long and I must say his a great business man person and friend; to work with and also who's always willing to help people out in any situation. We all know this business is tough and rough and you are alsways going to have critics, I can't believe people would said such things about this man.

Anonymous: I don't have a picture of Phivos, but I can give you a description. He's Greek (obviously), heavy set, late 40s or early 50s, black hair with maybe a little gray. He told me he studied Aeronautics back in Cyprus or Greece. He actually appears to be charming, but I've had first hand experience dealing with him and he did some shady things, which is what caused me to Google him and find this stuff about him.

Donna: Your business relationship may be very different from how he deals with customers. I went to him originally over the summer and he did some things that were illegal and unethical as a Realtor. I thought he was charming and trusting when I met him, which made me feel even worse when he tried to rip me off.

What illegal things did he do? I just rented an apartment with him and am obviously concerend.

The Kudzu profile for the business gives lots of details and stories:

Considering that they (Evan's) have managed to have many legit negative reviews removed by Kudzu (mine included)... the fact that there are still SO MANY horror stories remaining is pretty daunting.

I'm really sorry to hear that you've found yourself mixed up with Phivos. Keep in mind that he is now serving probation for the crime mentioned in this article. If you need to get your money back, and he refuses, don't be afraid to threaten to call the DA's office, the cops, and/or the local news. It worked for me.

He is a fraud malakas