Peter Koo back on the ballot

The Appellate Division of the New York State Supreme Court in Brooklyn reinstated Republican Peter Koo as a state Senate candidate Wednesday, less than a week after a judge tossed him off the ballot and questioned his credibility as a witness.

In a 5-0 decision, the Appellate Court ruled that Koo's candidacy was valid and said that State Supreme Court Justice James P. Dollard had unjustly removed the Flushing businessman from the ballot Aug. 14 in his bid to unseat incumbent Toby Stavisky (D-Whitestone).

The judges determined that since Koo paid more than $24,000 in New York City resident income taxes in 2007, his driver's license has listed his residence as 133-24 41st Ave. in Flushing since August 2007 and he has been registered to vote at that residence since at least May 2007 that he is qualified to run against Stavisky in November.

Koo back on the ballot in State Senate race 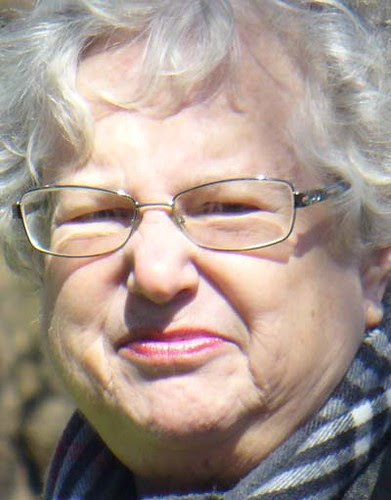 Posted by Queens Crapper at 6:42 PM

This is fantastic news! Can't wait to vote for ANYONE other than Stavisky! It's about time! Hurrah for the wisdom of the Apellate Division!

Just what we need.. Another Republican businessman in office. God help us...

Koo is an alumnus of a public college, a small business owner, and a perfect example of the American Dream coming true. He is be a Republican, and his life story reflects the work ethic of the GOP. Certainly stands in contrast to the sense of entitlement that the Democrats have with all their dynasties.

Hopefully soon, Mrs. Stavisky will join Barry Grodenchik at the Home for Retired Political Machine Candidates. They can reminisce about the times when they ruled over our borough with impunity.

With only a 6.8% targeted voting population of the total voters in the district will the dislike of the incumbant prove top be the sticking point in this race. But what happens if Bob Schwartz wins the Democratic Primary, then the invective and arguments for unseating Leonard's widow is just moot.

What a great photo!!! She looks as though she's smelling shit.
It hows off her personality and her hair almost looks clean.

She is smelling her son the crook

Toby will crap herself out and
lose a third of her body weight!

Way to go....Peter Koo and break up that crooked dynasty!

Now she'll have to spend all of Leonard's accumulated money
to try and win the election
(or dip into offshore accounts)!

Is that Toby in the photo? Or is it Evan in drag?

Isn't she of retirement age?

Man that photo is scary.

Keep watching Evan and Gifford Miller and the U.S. Attorney

Maybe we won't have evan anymore

Does anyone really know where the Stavisky’s live? Sometimes here:

Just don't make a career of the job. Two or three terms and then return to your business.

Hey Evan, what was your old man drinking when he mounted her and spawned you?

Whew....
looks like an extra bag of shit
just hit Toby in the face!

In the vicinity of Powell's Cove Blv'd. or Mitchell Gardens/Linden Hill ?

The Staviskys have probably pilfered more during their dynastic rule than those few Republican businessmen in office you're speaking of have!

Where did that legendary fat campaign war chest, that's so often spoken of, come from?

There was a lot of $$$$$$ floating around from Taiwan (as in Tommy Huang's Taiwan) in the early eighties...wasn't there ?!!!

Get rid of her, then term limit the entire legislature so it won't happen again.

Put those career carpetbaggers
out of business!

The teacher unions behind Stavisky and Ackerman defeated our greatest Senator, Al Damato. They must be punished! They are worthless parasites who aggrandize themselves at the expence of all their students. Let's go to internet schooling from India and give degrees only by standardized testing.