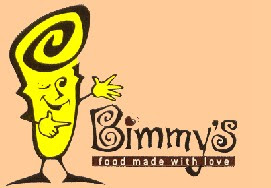 A Queens sandwich maker who got a rare state tax break with the help of the Bloomberg administration and City Council paid dearly for it: $25,000 in lobbying fees and political contributions.

Bimmy's in Long Island City was the first New York City business to be named a "regionally significant project" - a bureaucratic term that allowed it to be part of an Empire Zone in Jamaica even though it's 9 miles away.

The designation could be worth hundreds of thousands of dollars in state payroll, sales and investment tax breaks.

Fread said he hired Altman, who is also his lawyer, as a lobbyist after his 2006 application for the program inexplicably stalled.

"It was an unbelievable learning experience," Fread said. "You just get frustrated. It was very political."

As one of the city's few small manufacturers - Bimmy's makes rolled-up sandwiches for airports and other vendors - Fread was getting city tax breaks when he learned of the state program.

Fread said the Council resisted including him in an Empire Zone because the program had been tainted with fraud before it was retooled in 2005.

The company has to hire at least 50 new employees over the next five years to get the break.

Fread called himself "an average small businessman" who was surprised he needed to hire a lobbyist to get access to a program for which he was qualified. He said his long slog - aided by his checkbook - may help other manufacturers.

"The reality is the next person or the next company won't have to do it," Fread said.
Posted by Queens Crapper at 8:42 AM

We need to cut 'donations' or as they say in other countries, 'gifts' to our politicans.

This warps the process.

Maybe, instead of frivilous legisltation (street names), we can start to publicly have city council do something useful for a change and publiclly pressure them to ban all 'donations' and shut down the lobbies.

Good idea and I'm for it but it's catch 22 time again.

In order to ban all lobbying/donations,
a bill would have to be passed by the city council.

And those are the guys who are allowing
ALL OF THIS STUFF to go on in the first place.
It's their cash cow.

We need more referendums on the ballot.
That way the voters could put an end to it
directly without interference.

The only time we have any power is
just before we vote for a candidate.
Once he's in he can screw us
with broken campaign promises
and we're powerless for the duration.

We need to have a candidate recall option
(or some kind of lack of confidence measure)
put into our political system or nothing will change but the particular crook we've just elected to office!

Buisnesses in economic zones must locate in the zone to receive State credits. Why is this guy not locating there? It smells bad to me.

There are lot's of these zones in upstate dead cities. They work for the most part - most buisnesses survive the multiyear requirement but the requirements are strict because these areas need new blood to come in and provide employment - in return for little or no taxes, subsidies for each employee hired.

The issue isn't this guy's business, its how he got nowhere with anyone in city gov't until he paid up. Got to pay your dues to the machine, or you can go scratch.

This message has been brought to you by the Clubhouse. Consider yourself Tweeded.

It only goes to show you
that if your going to make a cozy deal sandwich,
there had better be some money between the bread!

Robert Altman is a political hack from Whitestone. He was employed at the central staff of the City Council for years. Now he's lobbying the same people he used to work for.