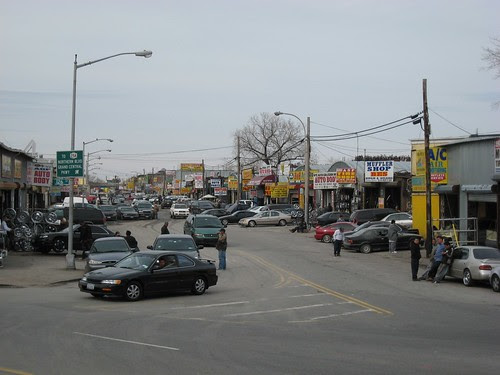 Mayor Bloomberg's plan to redevelop Willets Point in Queens is hamstrung because the borough is getting just 4% of new homes for the poor under the city's affordable housing program.

Councilman Hiram Monserrate (D-Queens) said he can't back the $3 billion Willets Point project unless it sets aside one-third of its new homes for the poor and another third for middle-income families.

Of more than 46,000 apartments created under Bloomberg's housing plan for families making less than $50,000 a year, just 3.7% are in Queens, the Independent Budget Office says.

The city Economic Development Corp. wants to turn the dilapidated area known as the "Iron Triangle" into a gleaming new development of homes, shops, hotels and a school around a convention center. The EDC has not said much about affordable housing there.

Lieber said the administration wants some of the estimated 5,500 homes created there to be reserved for low- to middle-income housing, but that Monserrate's proposal isn't feasible given the huge costs of cleaning up Willets Point.

When projects are created via tweeding, they tend to die because of tweeding.
Posted by Queens Crapper at 8:42 AM

There they are again, the group that did Goodwill's notorious Two Cove Study (historic houses, what historic houses in Old Astoria - its a community with 'needs' (read potential tweeded))

Cut taxes and millions can live in affordable housing.

Housing is not longer affordable because of crushing taxes: money is needed to finance development and finance tweeding programs.

Get rid of the clubhouse, and housing will become affordable for the typical New Yorker overnight.

Move borough hall into the middle of the junkyards.

That's where it belongs!

There's only one way to rid Queens of its clubhouse.

The voters had better smarten up and look beyond
the patronizing smiles on the faces of candidates
running for office.

When we were kids a cardboard clubhouse
that was built on our turf by an opposing club
was overtaken and torn down.....burned down if necessary......and its occupants sent packing!

We live in a republic where "WE THE PEOPLE"
are supposed to govern ourselves.

Instead we've become a huddled mass of the tweeded yearning to breathe free of these damn crooks!

uuuuuuuuuuuuh isn't all that property considered toxic due to the automotive trade there for generations ?
dumping,etc ?
how do they propose to build there ?
will it be a "super fund" site ?
nyc is unbelievable.
boatiuta---know this one ? starts with bendoverand.....