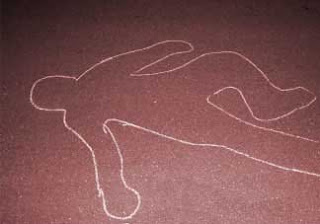 The city's murder rate is up a startling 26 percent over the same time period last year, according to police statistics.

The figures show that 92 homicides have occurred within the five boroughs over the last three months; there were 73 homicides over the same time period in 2007, according to the NYPD statistics.

Despite the spike in murders, the homicide rate has dropped nearly 16 percent in the time period for the past two years, and has fallen 77 percent since 1993.

In 2007, the city saw a record low in homicides, with only 496 murders - the lowest tallied since 1963. Major crime overall has dropped about one percent since the start of 2008.
Posted by Queens Crapper at 12:23 AM

Isn’t Illegal Immigration from the 3rd world and its MS13 and assorted gangs & forced Multiculturalism on our youth great?

Bring to mind what happened to the Roman Empire!

clean out your neighborhoods yerself.
politicians don't care and someday SOON,we're gonna compile the list of ALL OF THEM that have a CCW /bodyguards or BOTH.ever applied for a basic permit ? CCW is a nonentity for the law abiding due to all THEIR bs....as if the criminals cared. Long gun is expensive and intrusive--fingerprints,photos,FBI'd..
you see,your life ain't as important and just like Orwell's AnimalFarm,some are more equal than others...
Maybe the daily news will publish the crime stats precint by precinct.
yuppies will high tail it outta astoria....