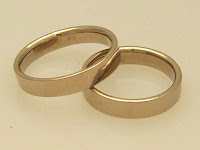 The fugitive, Pedro Guzman, 48, is accused of convincing immigrants seeking legal help on three separate occasions that he could help them and charging them a total of more than $30,000, the district attorney's office said.

The organizer of a green card scam that charged immigrants up to $16,000 each for marriages that would let them stay in the United States was sentenced Wednesday to two and a half years in prison.

Beverly Mozer-Browne was sentenced to the same prison term given several weeks ago to her brother, Philip Browne, a former district adjudication officer with the U.S. Citizenship and Immigration Services department. She also was ordered to forfeit $1 million and properties.

Leader of Queens green card scam gets 2 1/2 years in prison
Posted by Queens Crapper at 12:16 AM

Hopefully the Fed identified and deported the illegals, illegally and knowingly paying up for fraudulant residency.

When former Councilwoman Julia Harrison
first pointed out some of the scams
foisted by some Asians
upon their less fortunate fellow Asians......
"....They bilk their own kind......",
she was publicly crucified by all the
clubhouse stooges.

Even that crook Brian Mc Laughlin
was quick to join the chorus and jump on her
while she was down!

H-m-m-m.....
the chickens surely have come home to roost.
She appears to have been right after all.

But this particular con game case
seems to have a Latin not an Asian flavor.

um, there are good and bad people everywhere. a few crokks doesn't mean all latinos and asians are bad. only small minded bigots think like that.

WE SAID SOME.....NOT ALL
Asians or Latinos.

(I happen to be LATINO you knee-jerk)!

CAN YOU, YOURSELF, YOU READ ENGLISH?

There,
now I've just elevated my level of bigotry,
at least if only in your biased ignorant eyes!