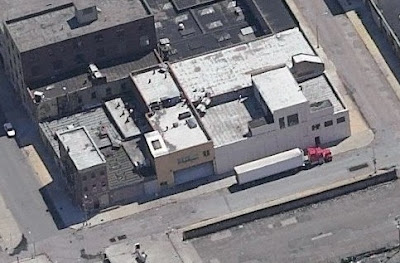 Bernard Caligari, a trade union activist, spoke out about demolition of a building at 5-36 46th Rd. The developer wants to clear away the building and build dormitory facilities for New York University students. Caligari was at the meeting to denounce the demolition man on the project, whom he characterized as having a long list of indictments, whose presence on such a project was infuriating to him. He asked Board 2 Chairman Joe Conley if he and the board were aware of what is going on there, and Conley said he and the board were following it.

Interesting that when I look at the permits issued, there is none for demolition. Yet, they were shut down for unsafe demo and allowed to start again. Notice there isn't even a demo company listed for the procedure.
Posted by Queens Crapper at 12:11 AM

Students are good, not bad.

What did we say?

They wanted LIC to be a business district. No one wanted to relocate to the middle of nowhere.

Then they wanted LIC to be upscale housing. No one wanted to relocate to the middle of nowhere.

All this building will become dorms, for guest workers, students, and Section 8.

By all means, buy into LIC.

You can be a slumlord with style!

Hey the post is about the shady demo going on there apparently with no permit, and the community board saying they know about it (but apparently aren't doing anything about it).

I guess that bald wonder in Greenwich Village struck a deal with NYU so they would build dorms in LIC, even though the campus is nowhere near here. Maybe that's next.

Please stick to the topic at hand, which is the unsafe demo.

Unsafe demo is the iceing on the cake to a city that has let development run rampent.

Yes this is bad.

Even worse is incompatitble uses (putting theatres or clubs in the middle of residential area) mixed together.

The folks near St Johns are upset. This is a hell of a lot worse (but, being LIC, I guess, as Cole Porter wrote, 'Anything Goes.'