Call to name promenade after Oats 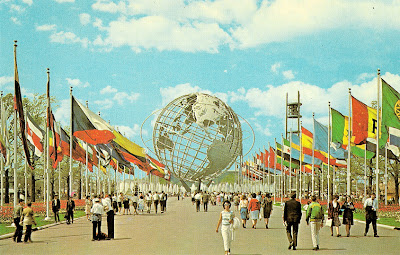 City and borough officials have been asked to honor recently deceased parks activist David Oats by naming a significant piece of Flushing Meadows-Corona Park in Oats' memory. Requests to name the circular promenade around the Unisphere, currently nameless, for the late park activist have been made to Borough President Helen Marshall, the city Department of Parks and Recreation and the City Council. Oats' wife, Corinne Oats, said she is thrilled with the proposal and hopeful that borough and city officials will give it their nod of approval.

"If it were possible, I would have chosen a spot at the edge of the Unisphere as David's gravesite," said Corinne Oats. "He loved it so."

A spokesperson for Parks Commissioner Adrienne Benepe said the agency is unable to comment until it receives a written request or proposal on the matter.

- Liz Goff, Queens Gazette
Posted by Queens Crapper at 12:33 AM

The agency can't comment because Oats rightfully ripped Benepe a new one on more than once ocasion.

David, if you're reading this blog from the great beyond, please be a guardian angel and save the park, and the rest of the boro while you're at it, from the corruption, incompetence and lack of compassion that are ripping it apart.

really cool that people are pushing to get it named after him. Hope they succeed.

it won't happen. The Parks Dept. was never a fan of Oates, why would they be now?

I believe they'll still put up a commemorating sign for him, which will allow the parks dept to make it seem like they have our concerns at mind, with a minimal amount of effort and money, in comparison to what they would've had to invest if they had heeded "Local Folk Hero" Oat's petitions to fix up the Pavilion and park in general.

I heartily approve naming the Prominade after David. Any chance of getting a petition going? If so, I'll sign.