Why So Quick To Rezone? 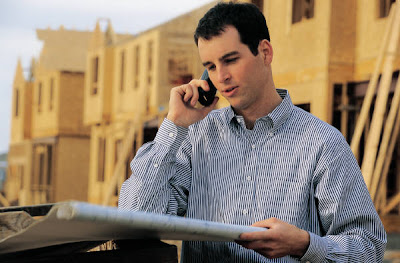 The American Institute of Architects (AIA) has presented to the New York City Planning Commission a proposal that would make some notable changes to the zoning text.

The proposal consists of six parts. It is my understanding that the AIA had originally submitted over thirty changes, however, the Planning Commission would only consider the six parts.

Five of the six parts propose changes in higher density neighborhoods zoned R6 through R10)”. Among the changes being considered are changes that concern increased lot coverage on small corner lots, a change that concerns maximum base height of a building and a change that concerns the construction of multi-family buildings on small lots. In Bayside, there is an R6 type zone along Northern Blvd, from the Clearview Expressway to the Cross Island Parkway. Bell Blvd has a similar zoning designation along much of the business area.

The remaining part of the AIA plan proposed change in lower density neighborhoods. This part of the proposal would waive certain side yard requirements in R3-1, R3-2, R4 and R5 zones. That would mean that houses could be built closer to the property line in many cases.

The AIA claims that these changes will allow them to build better building. However, many civic and community leaders view this effort as an attempt by this organization to pass changes beneficial only to themselves an many other developers.

Many parts of this proposal seem to be a step backward from progress already made in curbing overdevelopment and inappropriate development in our communities. I believe that the public wants to move forward in preserving the character of our communities, not slide backwards because of self-serving interests.

Much progress has been made in recent years in contextually rezoning large areas of our city.Many more neighborhoods are eagerly awaiting rezoning including Auburndale, North Flushing, Waldheim, Hollis Hills and Oakland Gardens right here in Northeast Queens. The City Planning Commission is also considering zoning text changes that deal with yards and street trees in an attempt to increase the greening of our neighborhoods. All of these changes are positive ones. We do not want to impede this progress.

This AIA proposal seems to be moving through too fast without proper consideration from community boards, civic associations and the public in general. The proposal was certified by the Planning Commission on October 29, 2007, and the public input part of the process closes January 8, 2008. The proposal has only come to the attention of most community groups during the las few weeks. Why the secrecy? Why the rush?

I agree with those leaders who call on the AIA to withdraw this proposal at this time so that the various parts can be studies and evaluated properly by community groups and other. We should no be rushed into considering passage of this proposal without carefully examining its impact. The AIA has an obvious bias to lobby for changes in its own interest, but we need to make sure that the parts of any proposal for change are in the public interest rather than in special interest. If these changes proposed by the AIA are truly as worthy as they claim, then they will stand up to the test of scrutiny by the public and others.

Sincerely,
Henry Euler
Bayside
Posted by Queens Crapper at 12:06 AM

The AIA has a conflict with proposing changes to neighborhood zoning - they profit on each property developed.

The hot-looking architect pictured is definitely not from the Queens AIA.

That most assuredly is NOT John Catsimatidis.

Catsimatidis? Think of that goofy novelty item, the big nose with glasses (but without the moustache).

The Queens AIA should be roasted on the same spit along with Gallagher, Stavisky (Evan & Toby)....
and any other deserving scum!

It would resemble a rather perverse "Boston Market"!

I stand corrected. It's his son, John Jr. who is an architect. They do look a lot alike though.

The AIA lobbies on behalf of the architects who design McMansions and Fedders Specials, but they wouldn't even think about putting these uglies in their sacred "AIA Guide to NYC"