One Hull of a mess 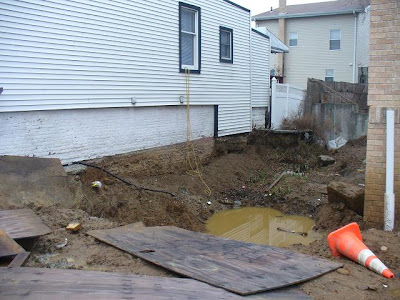 Uh oh...another Hull of a problem here in Maspeth. The owners of the million dollar house have struck again! 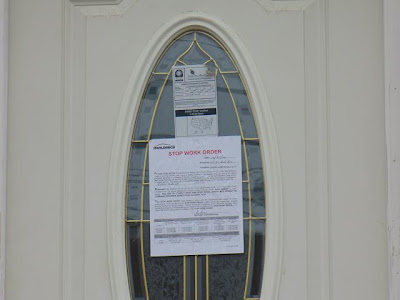 They received a courtesy call from the DOB on Christmas Eve and were shut down once again for work without a permit. This has happened several times before. 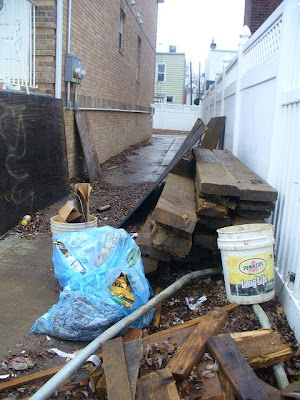 They hastily left the scene with their junk left in the driveway. 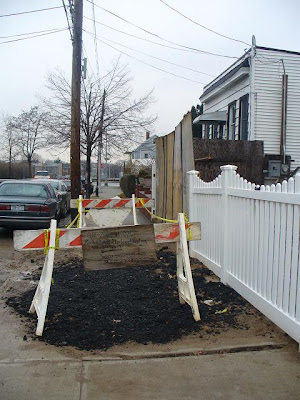 Now there are sawhorses and soft ground where a solid sidewalk should be. One can only imagine what construction debauchery will take place here in 2008. There were only 27 complaints thus far!
Posted by Queens Crapper at 12:00 AM

"Why does the city issue a street opening permit for a building that has a stop work order on it? DUH"

Developer should not be issued a permit if a stop order on the same project for another issue is in effect. Why are the rules allowing this - this is hurting the home owner next door - did you see that mass of water pooling near the neighboring home?