Attached are photos from a street where I once lived. 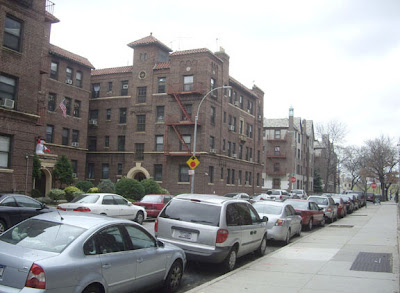 The first photo:
The Jupiter Court Apartments are a perfect candidate for landmarking. This rare Spanish Mission-style building is located on Saunders Street and 62 Avenue. Behind it, an apartment building contains a symbolic corner tower, also a potential landmarking candidate. 62 Avenue was once named after the planet, before being given a boring number. 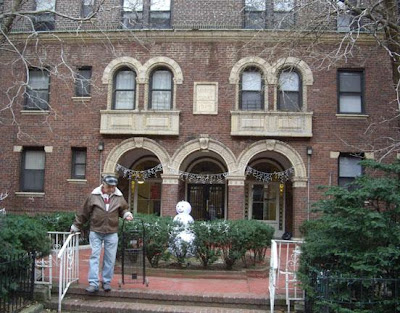 The second photo:
Marion Court Apartments were named after Marion Avenue, which was later numbered 63 Avenue. Upon crossing Queens Boulevard, 63 Avenue becomes 62 Drive. The mapmakers really goofed on this one! This apartment building was built in 1929, and has rooftop sheds that were once open to residents, proving excellent city views.

For more on Saunders Street, go to my blog.

-Mazeartist
Posted by Queens Crapper at 12:00 AM

One of the most deserving and prestigious streets in Rego Park!