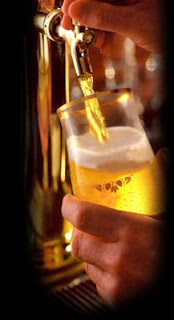 When the undercover investigator walked into the Hill Tap Tavern in Elmhurst, Queens, on Monday, he saw a customer smoking at the bar, according to his report. What happened next left the bar owner facing a charge that could put him in prison for up to seven years.

Smoking May Be Hazardous to Your Bar

The city’s Investigation Department opened the case after a health inspector reported that the 60-year-old owner, Brendan J. McCartan, of Maspeth, Queens, had tried to offer him a bribe when he observed several customers smoking during a recent inspection of the bar, at 83-03 Grand Avenue.
Posted by Queens Crapper at 6:44 AM

would be great if DOB inspectors acted similarly when bribed.

The law - no smoking in any public establishment is what it is. I respect it but hate it. As it applies to a drinking establishment or old man's bar in this case (it is) it's outright stupid. Smoking & dring alcohol = no good results for anyone. Why not let both be legal in a bar if the establishment has effective air scubbers installed? After all certain forms (bad for you) of gambling is permissable in bars. Allow all these vices together in the same dump. Maybe add a few more to raise revenues for the city - Koren massages anyone? At least you have all the folks congrageted together - easier law enforecemnt and misery loves company no?

Fast track to advancement in NYC from lowly inspector to chief supervisor.
Set up honest an hardworking business owner, by first leaning on him hard for months the giving them no option except to commit a victimless crime,
usually suggested by the inspector.
Then 'wam' the victim is the poor SOB who still believes in this shitty town. And for what? A smoke out of the cold and a promotion for a city sleaze bag. Hey inspector I hope you burn in hell for an eternity.

His on-the-take inspectors are free to get bribes from bars and restaurants, and, anyone who resists giving a bribe will be charged with bribery.

His Sissyship smiles like a turtle and the inspectors build up their bank accounts.

Besides. Smoking is worse than terrorism. So, even innocent drinkers need to be punished in case they ever decide to THINK of having a smoke.

These attacks on citizens are great for establishing control.

And some people thought badly of Nixon!

Most New Yorkers love the smoking laws. My friends and I are thrilled that we can go to a bar to eat or drink and not have to deal with breathing in that crap and having the smell all over us. You can't allow some bars to do it and others not. And bribing inspectors is horrible. How about doing what you are supposed to do? This guy shouldn't have to go to jail for seven years, but he deserves a big fine.

What the hell ever happened to tradition ?

All of our great institutions
seem to be vanishing
before our very eyes....one by one!

And if the saloon owner happens to provide
a few perky colleens for an occasional
(but discreet) innocent lap dance or two....
just during the holiday season for the regulars....
so much the better !

I guess I'll have to find some Korean club
and learn to speak their language.

They haven't given up
on these time honored American practices !

Happy holidays to all.
Careful not to burn the Yule log at both ends now !

Because smoking hashish
is a cultural tradition
in some middle eastern countries....
better than "weed".

Didn't the caterpillar
sit on a leaf smoking a hookah
in Disney's "Alice In Wonderland" ?

If you've got the balls
to walk north to the end of Steinway Street
into one of those Mid East spots
and try some strong Turkish (whatever) tobacco
in a water pipe...cough....cough...choke......
you're a better man than I am !

Bloomberg is intent
on taking all the rough edges off our city
that give it real character
and turn it into a theme park for tourists.

In that way he'll be assured
that he and his sissy Mary financial fairies
won't feel out of place....
lest they stumble, inadvertently,
into some manly joint !

Soon the proprietors of the old waterfront bars
will be forced to wear tu-tus !

Joe the Bartender: Hey Crazy, come out here and say hello to the folks!

100 dollars, why not 50 or 150.
Because if you go to the NYC DOI website and read the 12/13 press release the three previous public enemies caught also offered 100 dollars. What are the odds that four different criminals across the entire city are bribing random city inspectors 100 dollars.
My respect to you Don Bloomberg
may I kiss your pinky ring, just keep your enforcers out of my business.
I can't take any more shakedowns.

Why are hookah bars legal?
Because smoking hashish
is a cultural tradition
in some middle eastern countries....

How about our own tradition is that not sacred - are immigrants traditions priorities over ours?

1. they are run by the tweeded.

2. stupid yuppie punks from Kansas think they are cool. see threads on astorians.com for backup on this.

Hookah is not nearly as foul or pervasive as cigarette smoke.

"Most New Yorkers love the smoking laws. My friends and I are thrilled that we can go to a bar to eat or drink and not have to deal with breathing in that crap and having the smell all over us."

Most New Yorkers do not love this law and I can prove it. Nobody ever bothered to open a non smoking bar when smoking was legal. Why? Because nobody would have came in and spent money. People want to smoke in bars. That is what they are for. I love to listen to loud music but that doesn't mean I should be allowed to in a library. There is a time and place for everything, and bars are the time and place for drinking and smoking. Maybe it is not appropriate in a restaurant where people are sitting down with their families to eat. I still have to be offended by having to look at you yuppies and have your stench of contempt and arrogance in my nostrils.....

The no-smoking laws are enormously popular. If you want to smoke, go do it on your own and don't inflict in on others around you in public. Before the laws, plenty of places had no-smoking sections and there were no-smoking establishments.
From the NY Times in 2005:
Back in 2002, when the City Council was weighing Mayor Michael R. Bloomberg's proposal to eliminate smoking from all indoor public places, few opponents were more fiercely outspoken than James McBratney, president of the Staten Island Restaurant and Tavern Association.
. . . Visions of customers streaming to the legally smoke-filled pubs of New Jersey kept him awake at night.
Asked last week what he thought of the now two-year-old ban, Mr. McBratney sounded changed. "I have to admit," he said sheepishly, "I've seen no falloff in business in either establishment." He went on to describe what he once considered unimaginable: Customers actually seem to like it, and so does he.
By many predictions, the smoking ban, which went into effect on March 30, 2003, was to be the beginning of the end of the city's reputation as the capital of grit. . . .
But a review of city statistics, as well as interviews last week with dozens of bar patrons, workers and owners, found that the ban has not had the crushing effect on New York's economic, cultural and political landscapes predicted by many of its opponents.
. . .
data from the first year of the ban show[ed] that restaurant and bar tax receipts were up 8.7 percent over the previous year's. . . .
a vast majority of bar and restaurant patrons interviewed last week, including self-described hard-core smokers, said they were surprised to find themselves pleased with cleaner air, cheaper dry-cleaning bills and a new social order created by the ban.

That really would've said something about some people that they feel they'd have to travel across the river to Jersey just so they could smoke while they hang out.

I guess those that claimed they would had principles as empty as those celebrities that said they'd leave the country when certain other things happened.

The city's no-smoking laws probably never would've needed to be passed if it wasn't for so many smokers' rude and disgraceful habits: Blowing smoke in non-smokers' directions, flipping cigarette butts on the ground and smoking near open doorways to non-smoking areas, amongst other things. I know a few smokers that go out of their way to be considerate of non-smokers, but I'd have to say the majority of them don't, some of them even going so far as to say it's their right to blow it in our faces, and the non-smokers should step out of the way.