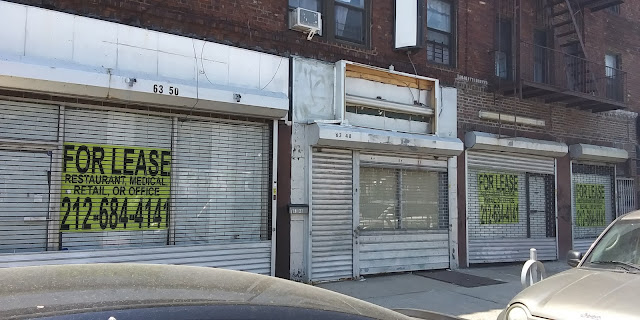 The U.S. economy only grew by 2 percent in the third quarter of 2021, the federal Commerce Department reported Oct. 28. The crawl marks the smallest gain in a year, when the country began its slow economic recovery from the pandemic.

Tom Grech of the Queens Chamber of Commerce doesn’t have equivalent numbers for the borough, but if he had to estimate, he’d say Queens’ margin of growth is even smaller than the country’s.

“I would think it’s below the national average,” he told the Chronicle Nov. 4. “It’s more difficult than ever to get things done in New York City and Queens. Everyone’s gone through a hellish 18 to 20 months. It’s a hard environment.”

The QCC president doesn’t expect the city to be back to “normal” until spring 2022. On a scale of one to 10 — 10 being totally recovered — Grech would put Queens at a seven.

“The thing that’s holding our companies back from doing well is the inability to hire people,” Grech continued. “There’s been an inflation in wages. It’s harder than ever for people to go back to work. Small businesses live and die on a small margin.”

He also said strict rules and regulations from even before the pandemic are hindering businesses, such as limitations on overtime. But speaking two days after Election Day, Grech said he’s been greatly encouraged by Eric Adams’ win in the mayoral race and hopes there will be an overhaul in the favor of small business owners.

Despite the slow recovery, Grech did say there has been a great number of new businesses cropping up around the borough and filling the vacancies left behind by those that the pandemic put out of business. Last May, he had estimated that 1,000 of Queens’ 6,000 restaurants had closed for good, but he’s finding that a fair number have been replaced by new ones.

Myrtle Avenue Business Improvement District Executive Director Ted Renz places its vacancy rate at 7 percent, which is the same as it had been pre-pandemic. The Ridgewood strip lost between 25 and 30 businesses during the pandemic, most of them being retail clothing stores, he said, but gained back the same number of new businesses.

Just because the vacancy rate mirrors the BID’s pre-pandemic one does not necessarily mean Myrtle Avenue is back to normal though, Renz asserted.

This shouldn’t come as a complete shock.
Bidenomics is taking everyone to economic stagnation.
Prove me wrong...

Biden’s Build Back Better will hike taxes on 30% of middle-class families
https://nypost.com/2021/11/12/bidens-build-back-better-will-raise-taxes-on-30-of-middle-class-families/

As long as the federal government is paying people to sit at home, you'll be lucky to see as much as 2% ever again.

This is what the "Great Reset" looks like.
Klaus "the Nazi" Schwab's idea.
China's version is the Red Reset, where they trying to go back from "market socialism" to a command and control traditional communist style.

Question, will Falasheng be part of the "Great Reset" or the "Red Reset" ?

@“ As long as the federal government is paying people to sit at home, you'll be lucky to see as much as 2% ever again.”

I see now why you have so much time to write nonsense.

Well if Rupert Murdoch says it’s true, then it must be true.

The "Chamber Of Commerce" should be renamed, "Chamber Of Fascists" .
What a bunch of assholes. Sure he's worried about wage inflation. If he got his way, we'd all be working as slaves. These pigs want everything for free. Free labor, no taxes, government handouts, no regulation on their crooked practices.
Whine when they got to pay an extra 50c/hour. Complain about communism, but want their employees to work extra free hours "for the team". May as well say "for the commune".

It's all underground in Queens like in most 3rd world economies.

@Well if Rupert Murdoch says it’s true, then it must be true.

Rupert who? He doesn't shop for me, he doesn't pay my bills, I DO!
Th 30% hike is actually a lot more.
Why don't you go gaslight somewhere else stupido?

@Complain about communism, but want their employees to work extra free hours "for the team". May as well say "for the commune".


Well, that's exactly communism. Brought to you by the oligarchs.

@we'd all be working as slaves.

We are. You pay a pretty good percentage of from your earnings in taxes.

"Taking into account all major tax provisions, roughly 20 percent to 30 percent of middle-income households would pay more in taxes in 2022. However, their tax increases would be very small. Among those with a tax increase, low- and middle-income households would pay an additional $100 or less on average. Those making $200,000-$500,000 would pay an average of about $230 more."- Tax Policy Center (The source for the NY Post article)

Impressive. Maybe talk to the NY Post when it comes to pay your taxes.
Apparently you don't pay taxes, because you would know is not true.
Not everybody is a kept bitch in mommy's basement.