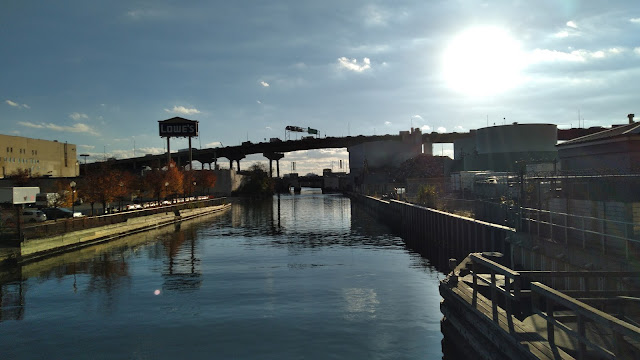 The City Council announced a deal Wednesday with the Mayor’s Office to reshape Brooklyn’s Gowanus neighborhood — bringing thousands of affordable apartments and hundreds of millions of dollars for public housing repairs and other crucial infrastructure projects.

Meanwhile, on Manhattan’s Upper East Side, a separate agreement put a significantly scaled down-version of New York Blood Center’s plan for a life-sciences hub is on the verge of full approval, despite the local Council member’s opposition.

And downtown, negotiations on the city’s push to rezone SoHo and NoHo to spur affordable housing development centered on the number of units and the future of retail in the trendy neighborhoods, according to City Council Speaker Corey Johnson.

The flurry of activity came as Mayor Bill de Blasio pushes for the passage of some signature projects — including using rezoning to diversify some of the city’s wealthiest and whitest neighborhoods — before he leaves office Dec. 31.

All the proposals have faced various levels of community opposition, including legal challenges. But the Gowanus and Blood Center projects are now set for pre-Thanksgiving votes by the Council, while the SoHo/NoHo plan will come down to the wire next month.

The Preservation Community has always been an elitist effort - look at the person who has pumped money into it recently as Exhibit A.

Now the inevitable is about to happen - the entire movement is about to collapse as they have never tried to make it palatable or even understandable for the vast majority of the city.

Every time I read the phrase "affordable housing" I want to puke.

LoL! Can't have any neighborhood be "too white," now can we? Racism is totally fine as long as it's against whitey.

Now since these apartments are next to a toxic canal the developers will be unable to sell them to anyone, will go bankrupt, and then they will be resold as actual affordable housing, right?

Affordable My Ass
US Inflation is at a Thirty Year High for October... Let's Go Brandon!

But it's ok if Jamaica is all Black and Flushing is all Asian?!?!?

Of course!! 100% non-white means 100% diverse, and diversity is our greatest strength.

Soon, they will come after the all Asian neighborhoods.

Well, it seems like the perfect place for right wing nuts. Nothing they like more than dirty toxic water and filthy air., and Trump Turd for dessert.

@Well, it seems like the perfect place for right wing nuts. Nothing they like more than dirty toxic water and filthy air., and Trump Turd for dessert.

Or lunatics like you once you grow up and get out of mommy's basement.
TA commie.

Libturd Clinic Diagnosis said...
@Right wing nuts/Trump Turd
Libturds are Always attacking the person and not the subject matter !
#TDS is real, you and many who post here are living proof Liberalism IS A Mental Disorder .
The liberal movement amounts to nothing more than making excuses to legitimize a platform of laziness and entitlements. Prove Me Right Again...

@“ Libturds are Always attacking the person and not the subject matter !”