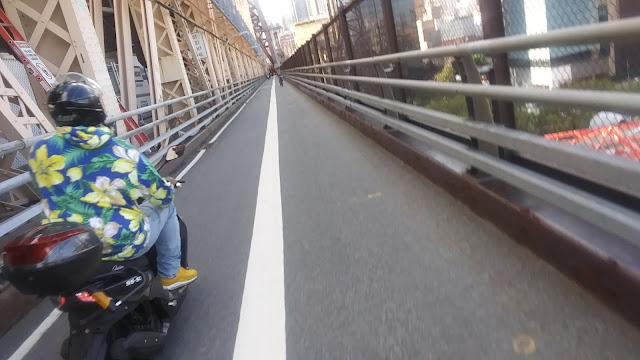 The overhaul of the Ed Koch-Queensboro Bridge’s tight pedestrian and bike lanes is being held up because city transportation officials are worried about causing congestion amid an ongoing rehabilitation of the span’s upper-level roadway.

The Department of Transportation will start work by year end to redesign the shared path on the bridge’s outer roadways, but the agency won’t complete the project until they finish replacing the upper deck of the 119-year-old span in late 2022.

“We’re committed to getting Queensboro Bridge done,” Gutman said. “The construction is proceeding and we will get as far as the weather permits us this year before winter weather slows us down, but we’re looking to have it done early next year.”

DOT’s press office later followed up to say their boss “misspoke” and that, while the agency will begin work this year and provide an updated schedule in the spring, officials want to wrap up the roadwork above first.

“Work will start this year, but the commissioner misspoke – it will not be complete in early 2022, due to the work that must be completed on the road decks. We will provide an updated completion date once work recommences in the spring,” said spokesman Scott Gastel in an email.

Gastel did not detail what kind of work will start in the coming weeks or when exactly it would begin. 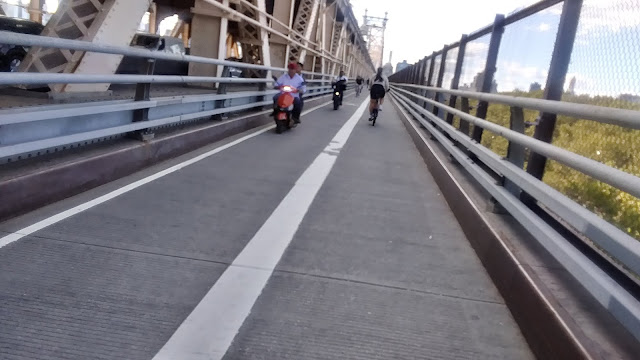 Communist "Car Totalitarians" are trying to stop this as usual.

Waste of money on bikes it should be a zip line or fast perhaps 3 car high speed trolley.
Of all places on this planet Manhattan streets, Bridges, Queens B
Blvd, Northern Blvd Roosevelt ave is no place for bikes

The only good thing about bike zealots is that some of the younger female bike zealots are nice to hook up with. There's a big hookup culture in NYC left politics.