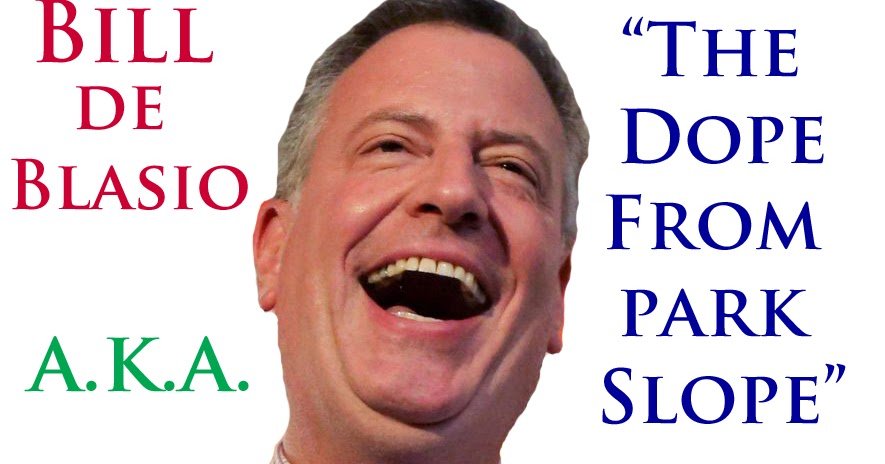 When I launched my campaign for Mayor outside my home in Brooklyn in January 2013, I promised that we would take dead aim at the Tale of Two Cities.

Today, I am writing to ask for your feedback. I’d love to know what you think we did well during my time as mayor, and where you feel we came up short.

Please take 2 minutes to complete a short survey sharing your thoughts about my time as mayor.
After winning the primary and through my inauguration, we heard over and over that our vision for One New York was not possible.
When I said that we would not wait to offer free, full-day pre-K to all of New York City’s children, the New York Times said it was a noble idea that would never happen and that we were wasting our time.
Today, 70,000 children are enrolled in pre-K and we’ve launched 3-K for All. When I said that we would not wait to reform a broken stop-and-frisk policy in New York City, the editorials and statements from officials of that time basically said the city would fall apart the moment we got rid of the program.
The opposite happened. We started showing respect to our young people and we got safer. Before COVID, New York City was the safest big city in America with the lowest number of major crimes in the modern era.
When I said that we would not wait to require developers to build more affordable housing, people said they were too powerful.
Eight years later, we have delivered affordable housing to 275,000+ New Yorkers through the most ambitious affordable housing plan in our city’s history.
When Donald Trump dropped out of the Paris Agreement and his administration rolled back climate protection after climate protection, there was a lot of disappointment, but little hope about what could be done in response.
We doubled down, cutting greenhouse emissions by 17% below 2005 levels despite significant growth as a city, and committed to divesting $5 billion of NYC’s pension funds from fossil fuels.
When COVID hit, we were the epicenter of the crisis with an incompetent president who denied science and didn’t want to test simply because he didn’t want to see the numebrs. We didn’t have what we needed — the ventilators, the PPE, the testing labs. It was one of the most difficult moments in our city’s history.
But New Yorkers stepped up to protect each other, as we do. We created our own supplies to save lives. And we went from worst to first — from the epicenter to one of the safest places in America. And when the naysayers said it couldn’t be done, when cities all over dared not try, we re-opened our schools.
But we have done more:
We reduced pedestrian fatalities by 45% making our streets the safest since the dawn of the automobile. We achieved the city’s highest ever graduation rate and lowest dropout rate, and we launched ThriveNYC to ensure New Yorkers who need mental health support have access to it where and when they need it.
There is a lot to be proud of during our time, and I hope many of you are. I also understand if you believe there are places we fall short. But either way, I really want to hear from you.
We’ll be gathering replies at this link:
Please take 2 minutes to share your thoughts on the last eight years in New York City. We will be reviewing these results at the end of the week.
We still have a few weeks to go before the end of my term, and I will be working hard through the last hour. I am also very excited about what Eric Adams is going to do for our city moving forward. I’ve known Eric for a long time, and he’ll be an exceptional mayor who will take us to the next level.
But today, I look forward to hearing from you.
In solidarity,
Bill de Blasio

Here is a sample response, feel free to copy, paste and post too...

"NO...rather than 2 mins., I'm waiting for years to learn why you haven't done anything about collecting the near $1billion in unpaid DOB/ECB fines AND the "write off" clause in City Charter...clearly, you sold out to REBNY!"

IS THIS A JOKE?

could u suggest a good fake email

How do you sleep at night? In the next few years I hope you sleep somewhere else on the planet... or better yet galaxy...

He has snatched defeat from the jaws of victory !!

Well that was fun!

I know of a location where they wrote off $40,000 in fines. I also know a place with huge fines but now that the people have "corrected" the problem, will those fines for work in dangerous conditions("immediately hazardous" scaffolding without permits) be written off too? After all, they finished the work, took down the scaffolding, and now the violation has been "corrected" It's a joke...

When you have a city full of people who come from places where this is 'normal' government you get no noise. Besides, half of them are hiding in basements and frankly don't give a rats arse for anything that he said misleading 'facts' or 'cooked books.'

Where they come from it's business as usual.

And as to the native hipster kids? Who in the hell is awake for boring civics when you have all that fun on Instagram? Besides, they are given scripted chants and when you get a batch of young males and females together they can have fun in one big meetup. This is the point of being involved in political rallies right?

A big one. Taking on Trump is a choice for job well done?
I couldn't give a crap about Trump, ex DNC financier, they think we are this stupid and ignorant.

Grade for DeBolshevik: no letter in the ABC or number in math, so here is the symbol -∞

To those of you on the fence about how commies roll:

Joe Biden’s nominee to lead the Office of the Comptroller of the Currency (OCC) was arrested for shoplifting hundreds of dollars worth of merchandise at a TJ Maxx.

Cornell Law School professor Saule Omarova, who Biden picked to head the OCC in September, was arrested in 1995 for an alleged retail theft of $314 in TJ Maxx merchandise, according to police records. Her arrest had previously been reported by Fox News, but the police report offers new details on the incident.

According to the background check, Omarova was arrested by Madison, Wisconsin, police officers on June 2, 1995 and charged with a misdemeanor count of “retail theft.”


The report says that she stole four pairs of shoes, two bottles of cologne, two belts and socks from the store when she was apprehended. The T.J. Maxx security agent on duty told police that he saw Omarova take the items by placing them into a large purse and covering them with other clothing items to obscure the stolen items.


The security agent attested that Omarova paid for several items at the jewelry counter but “made no attempt to pay for the items concealed in her purse” and confronted her after she left the store with the stolen items.

Now how many billions of dollars went missing due to DeBozo's wife's activities?

Hate capitalism, but loving the gold old capitalist cash!
Yes, they are phony fucking liars all about destruction for personal gain and control for personal benefits.
These are the rotten socialist democrats, communist pigs.

I presume all you clowns sent him your hard earned $$$$ for 8 years of free entertainment.

This "Survey" sounds like something he was forced to do or someone did for him.
Then after a long, blindfolded plane flight, hopefully there was a sharp blade or rope involved too.

Time to focus on removing all mandates and seating an honest Assembly, state Senate and Gov.

Certainly he plans to use the positive (???) statements in a campaign for another run for another office ... Terrifying that people do not see his wife and him for what they are.

I hope to see the same smile on their faces when they are found guilty and sent to prison for wasting 1.4 billion dollars on "Thrive NYC" that did not help anyone and the money was spent for their personal services.

Add incitement to riot to the mix of charges for DeBolshevik.

These are the communist pigs, financed by the cult worldwide to riot and destroy in the name of justice, while prominent cult members in leading positions steal 401k and other assets, created the virus hoax for establishing a new global dictatorship aka NWO.
They did this in Russia, they did this in Germany. We all know what happened after that.

What are you? A communist TA punk?

Didn’t think anybody would be as bad as the Trump Turd. This guy almost did it.

“ Hope you get sued by the victims of the crimes you allowed in the city during your reign.”

Those weren’t crimes. Just people exercising their God Given Freedom.
You commie punk!

where did you read that? comprehension issues again?

East Germany was what?
Back to school for you.

You haven't learn the curse of messing with Teflon Don.