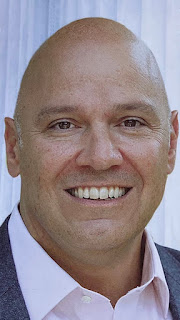 Joseph Kasper runs for a seat on the bench nearly every year on principal. However, the next time he runs, he’ll likely be running for reelection.

In what was one of the more surprising results of Tuesday’s election, Kasper, a perennial Queens judicial candidate, held the lead over Democratic nominee and City Councilmember Paul Vallone in the race for Civil Court judge in Queens’ 3rd Municipal Court District, unofficial Board of Elections results show.

Kasper, the Republican nominee in the race, was up by around 1,700 votes with 98 percent of scanners counted Wednesday morning. With around 2,400 absentee ballots in the district left to count, Vallone would have to win over 70 percent of the uncounted ballots in order to secure the victory.

Not only does Kasper’s lead come in a borough where Democrats greatly outnumber Republicans, but his opponent is about as strong an opponent one could run against.

Vallone, who has served in the council since 2013, is a member of what may be the last political dynasty in Queens.

I am the walrus.

Will They find "Votes" and fortify the Election ?

Hey Paulie 'No Nuts', don't let the door hit you in the ass on the way out.

@Will They find "Votes" and fortify the Election ?

By December all should be good, need to know how many "mail-in" votes needed for victory.

Take a look at all the upzoning. How about the welfare hotels in Ravenswood. Community Board 1 Queens. Upzone! Upzone! Upzone! Stroll thru old Astoria or past the Steinway Mansion.
The Firehouse Red Paint on the Hell Gate Bridge. The traffic-clogged streets of Western Queens. Ignored by the new transplants who follow now AOC. Riccardo's and Astoria World Manor. Astoria Civic and Tamenent Democratic Club. Yes yes yes. All fond memories.

Yup, quite the legacy for the future to remember ... with fondness.

Yep, this is one those elections that needs to be fortified.

The good news is that Paul Vallone can run for city council in 2023 and win again against that crazy woman Vicki.

I'm sure they'll "Find" some extra votes along the way

@The good news is that Paul Vallone can run for city council in 2023 and win again against that crazy woman Vicki.

Is there a woke detox center where you live? Visit them soon.

I met Valone many years ago while still living in NYC. He was then, and still is, a well respected City Councilman; as was his father, Peter. I don't know what all of the dissing is about. It's good he's staying in the Council instead of the Court Bench. Things sometimes just have a way of going right.

The good news is that Paul Vallone can run for city council in 2023 and win again against that crazy woman Vicki.

Technically, I don't think Vicki has won yet, because they haven't counted all the absentee ballots in District 19. If Avella sweeps the absentees, he would win. Most of those who requested absentee ballots were Democrats, but of course that doesn't mean they all voted for Avella.

Anybody that thinks any Vallone would make a good judge is a moron.

Why is there always a halo for old man Vallone? Any man that wears a hairpiece can't be trusted.

The community is packed with cars from overdevelopment and ugly builidngs. The people never asked for that.

Vallone rhymes with GAVONE...prove me wrong ...

This was a message to the Vallone cartel. We have had enough and wouldn’t vote you in as dog catcher.