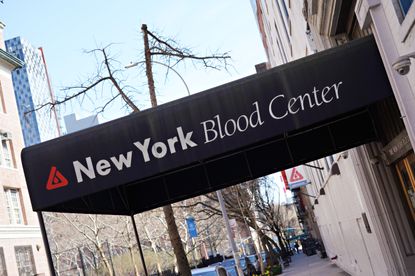 A community group opposed to a contentious Upper East Side rezoning is demanding two city watchdog agencies investigate Mayor de Blasio and a law firm pushing the land-use change, citing what it describes as de Blasio’s “potential conflict of interest.”

De Blasio, who supports the rezoning, owes the law firm Kramer, Levin & Naftalis an estimated principal debt of $300,000 for work it did to defend him against multiple corruption investigations starting in 2015. With interest, the total debt comes to about $435,000 — but so far, none of it has been repaid.

Kramer Levin is also representing the New York Blood Center, a non-profit blood bank, which is pursuing the rezoning so it can replace its three-floor headquarters with a tower more than 300-feet tall.

The plan has been a lightning rod in the community, with locals saying the proposed building isn’t a good fit for the mostly residential neighborhood and area elected officials lining up against it.

De Blasio and several members of the City Council, however, are backing the plan, which has led one community group that opposes it — Eastsiders for Responsible Zoning — to question the mayor’s considerable debt to Kramer Levin, citing it as a red flag that the city’s Department of Investigation and Conflicts of Interest Board should further examine.

“Mayor de Blasio currently owes Kramer Levin a substantial sum stemming from Kramer Levin’s representation of the mayor in multiple corruption probes of his fundraising activities,” the group’s co-founder Bill Angelos wrote in a letter to DOI dated Nov. 8. “The non-payment of this debt represents a potential conflict of interest.”

Angelos goes on to write that the mayor’s support for the project and his efforts to whip votes in its favor stems in part from “the substantial obligations the mayor owes Kramer Levin.”

“Most concerning is that there’s no payment plan disclosed,” he continues. “With each passing month, this debt grows by an additional $4,000, creating more and more leverage for Kramer Levin against the mayor.”

So what happens after Der Blaz is out of office and has no more pull? I guess they just wipe the debt for "favors done," and Blaz and Sir Laine can go live in Bermuda on all their stolen loot.

Most New Yorkers show their ignorance beyond comprehension.
How eles could deBozio win two times ?

The minute you see land use and a certain firm mentioned in the same sentence, run for the hills.

These guys managed to hobble together air rights for a mid-town, mid-block project from other buildings on completely separate streets. The only thing that connected any of these structures was a hot dog stand in between them. The project was designed to be taller than the Empire State building and if it had been built as originally designed, it would have cast a large shadow over Central Park.

Most New Yorkers show their ignorance beyond comprehension.
How eles could deBozio win two times ?

This explains their mania for 'Fresh off the Boat' and lack of teaching Civics in schools.

The Preservation Community is elitist and brought this on themselves.

Now the developers are going in for the kill. NYC will be back to pre-Landmarks in the 60s.

Have you read the book - “Tabloid Terrorist” ?
Social Media has just made it worse.

All them "bioteck" is just baby killers