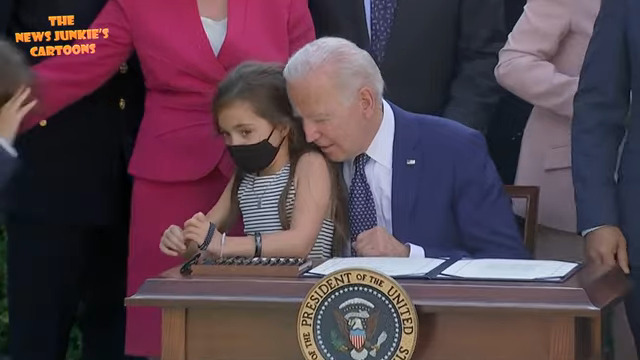 America’s crisis at the border is now a crisis in New York public schools.

The Biden Administration is flooding New York City and Long Island communities with thousands of unaccompanied immigrant minors captured crossing the Mexico-US border, often arriving here, as The Post recently reported, via clandestine flights in the middle of the night.

Data from the US Department of Health of and Human Services confirms that the New York area is a hotspot for shipping children rounded up illegally crossing the border without guardians.

With public education in the area costing about $28,000 per child, per year, that’s a $139 million hit on New York taxpayers to educate children arriving unexpectedly just in those four counties.

“We’re at maxed capacity for kids with special needs, but they’ll keep sending them,” lamented one high school teacher in Queens, among the communities hardest hit by the illegal-immigrant student dump.

Fifteen counties nationwide have received more than 1,000 unaccompanied children caught at the border over the past year, reported HHS. The top five counties on the list are all in Texas, California and south Florida.

Nothing to see here…move along

Each undocumented student should come with a $50K check from the Federal Gov't to cover educational and other costs associated with them being sent to NY.

"Each undocumented student should come with a $50K check from the Federal Gov't to cover educational and other costs associated with them being sent to NY."

It's still your problem, where do you think all that money is coming from? It's another excuse for a tax hike and create Democrat party voters.. Nummy!

"With public education in the area costing about $28,000 per child"

LOLLLZZ!!!! Where else can you find a "service" for $28K a year that has about an 85% failure rate? It's a pathetic joke. Teachers aren't "heroes," they are gigantic, tax-sucking incompetents working in a totally corrupt system.

Meanwhile, Joey Depends has opened the border wide, and we're only just beginning to see the impacts. America is wide open folks, a gigantic dying whale that every parasite in the world is now invited to feed on.

Can we just hand the country to the Chinese already? They know how to run things.

We just should put the kids on a plane and accompany them back to the border. Why should New York State accept being dumped on like this? This will only increase our already very high taxes. Also many schools are too crowded already. The kids will probably end up being gang members resulting in future increase in crime. What a mess!!!

SOME PEOPLE VALUE THE EBT CARD MORE THAN A JOB!
Prove Me Wrong...

Common Core make everyone a dummy !

"The HHS list includes only those counties that received 50 or more minors. Manhattan and Staten Island were not on the list."

"Can we just hand the country to the Chinese already? They know how to run things".

Well, the thing of it is Beijing Biden was installed by the Chinese via its puppet the Commiecrat party and the epic fraud of last year's "election". So the country's already in their clutches.

@Common Core make everyone a dummy !

Cheap labor comes at a price. You should thank them for their service instead of thanking those overpaid unionized socialist ones sitting on their asses staring at their phones.

@SEERofZOG said...
"With public education in the area costing about $28,000 per child""

Well hopefully you will be shipped back to whatever shit-hole European country you came from too. And refund that education money as it was totally wasted on you.

@"Education money" School Choice is the only answer #DEFUNDTHEUFT Save the Children.

Nancy Pelosi the Drinker of the House is helping this failed president leave the U.S.border wide open! Prove Someone Right...
Let's Go Brandon!

@Well hopefully you will be shipped back to whatever shit-hole European country you came from too. And refund that education money as it was totally wasted on you.


If he/she came from an European country, then there is nothing to refund.
However when it comes to you, you need to refund the full amount, let whatever shit hole
activist group pay for your crap.
Better yet get a real job and start paying back yourself the indoctrination fee.

The Pope is pressuring Bidon (an aging catholic) and the Dems to do this, just like the last pope did Bush. The church needs to re-seed its currently flying flock in America.

Is not just cheap labor, you also have a double whammy on top of that.
The Catholic church wants these kids to indoctrinate and make LOTS of baby's for its special interest. If you snoop around or read Drudge report The Pope is already working on Bidon (a Catholic)to flood the country with these Hispanic people who are mostly religious Catholics themselves. Remember 1/2 the females from these country's and cultures start having children at age 16 refuse birth control as a mortal sin and keep going & going
They then go to the church for shelter & handouts first

2:
Democrats & All Progressives want new uneducated young people to program for socialism and also want these big populate numbers to wipe everybody in districts they don't like out.
Long Islands North Shore has been #1 in the crosshairs Great Neck to Greenport for years. Unbearable school tax now over $8000 in many towns crushing homeowners, especially elderly retired.
If many remember I posted about this here years ago here on QC, I saw it happening as far back as the Obama administration and got the fuck out of there.

Neighbors in both Manhasset & Mattituck said: "Naaa not gonna happen they cant do that your crazy"
Now when I visit friends on LI I go by the old house to break balls and say: "Look at what you have now, Democrats in both North Hempsted & Southold town hall, 25 Asians, dirty sheets on the windows, mountain of garbage in that once nice house across the street. Holy shit WTF happened in just 2 years, You all said its not "never gonna happen" you called me crazy, including racist what's the story how about an apology?"
Response: "Oh shut up don't make us any sicker, it is what it is, please go away your annoying"

All deaf, dumb and blind stupid, living in million $$ homes that will soon be worth nothing, car stolen, kids getting robbed & beat up in schools.
These stupid are going to lose everything, Sheesh, glad I cashed out and split just in time!

@Well hopefully you will be shipped back to whatever shit-hole European country you came from too. And refund that education money as it was totally wasted on you.


If he/she came from an European country, then there is nothing to refund.
However when it comes to you, you need to refund the full amount, let whatever shit hole
activist group pay for your crap.
Better yet get a real job and start paying back yourself the indoctrination fee.

I love how idiots don't realize that the illegals technically (partly) come from Europe themselves. Where do these idiots think the Spanish language comes from? Outta space? Technically you can look at us keeping other fellow "(half) Europeaners" out.

Greece and China Signed 16 Deals on November 11, 2019. On Jun 14, 2021 Greece said they have no plans to end economic ties with China. Paese Eznepede told the Greeks the Russians and Chinese will save them (Suroti 1999) so they made him a saint on January 13, 2015. May 27, 2008, Greek chief priests of Manhattan, Boston and Atlanta report to Moscow. Greek Archbishop Elpedorfus Partook in the Black Lives Matter NYC Protest on Jun 3, 2020. Nigerians go learn Trojan Horse from Greece. Greek priests front for Putin in Cuba and Venezuela. Alexi Gianoulias, Patrick Theros front Iran. Athens Archbishop Gristledole said we deserved 9/11. In 1983, Jesse Helms, who defeated Galifanakius for Congress, opposed a national holiday on grounds MLK was communist On March 15, 1965, Greek Archbishop Iakovus marched beside Martin Luther King at Selma, pictured on cover of March 26, 1965 Life magazine.

No president has fully solved this issue.