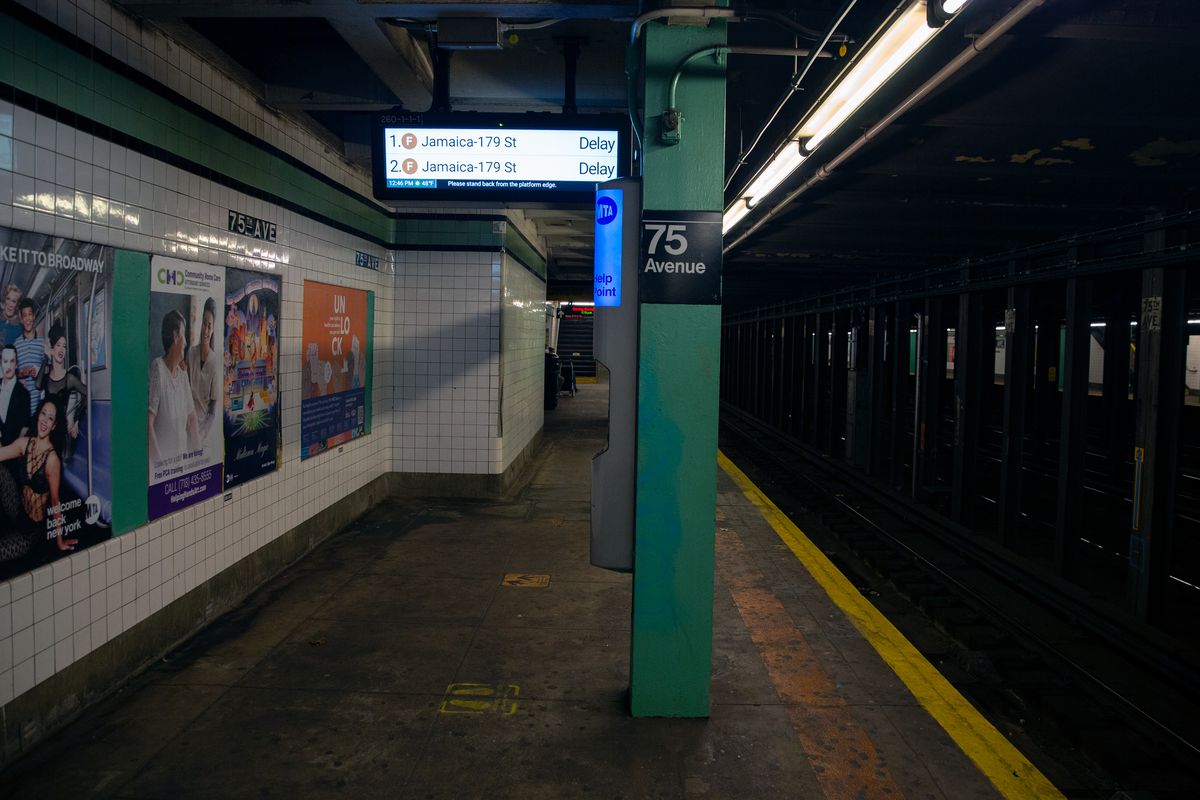 The MTA’s multi-billion-dollar quest to speed up subway trips by replacing ancient signals is running into delays and cost increases.

The transit agency plans to spend more than $7 billion for new signals on sections of six lines as part of its 2020 to 2024 capital program. But snags with ongoing signal replacement projects in Queens and Brooklyn underscore the headaches and challenges that can accompany such ambitious and intricate projects.

“In terms of the daily experience that riders encounter, this is the biggest issue in terms of reliability,” said Ben Fried of TransitCenter, a transit research and advocacy organization.

On many lines, the traffic lights and indicators can date to the 1930s, limiting capacity on a system strained by high ridership prior to the pandemic. But with commuters steadily returning, state-of-the-art signals are key to MTA’s $51 billion five-year capital plan to upgrade the transit system.

“The benefits are great,” Robert Gomez, the MTA’s chief signals engineer, told the agency’s board Monday. “They provide for better service, faster running times, more capacity, shorter [waits] and bring the system to a state of good repair.”

The only two lines in the subway system equipped with modern so-called communications-based train control (CBTC) signals — the L and the No. 7 — produced some of the highest weekday on-time performance in October, MTA figures show, at 93% and 91%, respectively. That’s above a systemwide average of 83% last month.

Meanwhile, the latest estimates for “substantial completion” of launching a similar signal system along stretches of the E, F, M and R lines that run beneath Queens Boulevard and the elevated F and G lines in Brooklyn have been pushed back, MTA officials said this week.

The $663 million Queens Boulevard CBTC project, which was supposed to be in service this past March, is now scheduled to be operational by the end of the year, according to MTA documents — with its budget increasing to $729 million.

“It does happen far too often,” Andrew Albert, an MTA board member, said of the delays. “There will be some growing pains as different signal systems are phased in and phased out.”

And the project along Brooklyn’s elevated F line — aka the Culver Line — to modernize signals along nearly five miles of track between Church Avenue and West 8th Street, is experiencing COVID-driven delays that have pushed the substantial completion date from August 2022 to June 2023, MTA documents show.

The simple equipment from the 1930s works and anybody can fix it with simple hand tools.
Not enough MTA people know how to work on this computer shit, they gotta fly people in from Europe & Canada. NYCs system is too big and complex this so called "improved" shit will cause more problems and delays ever.
This waste of money will be a huge HUGE security risk for ransomware and hijacking because with so much track open to the public, no police you have so many ways for a hacker with a laptop or PDA to get down into the system, tie in and cause chaos.
NYC is not Europe or the UK where one straight line goes down with stations miles apart and its no big deal. NYCs system, especially under Manhattan and Brooklyn is shared track, switches and far more complex then any train system in the world.

Great job security for some Canadian corporation like Bombardier but not for New Yorkers.

@anon1
Those are real trains. Not like the Thomas the Tank engine ones you play around with at home.
Maybe when you grow up, you will understand.
Than again, I doubt it.

@Those are real trains. Not like the Thomas the Tank engine ones you play around with at home.
Maybe when you grow up, you will understand.

TA commie, since most of your travels are to the latrine and back, neither Europe or Canada has a vast subway system like NYC in any of their cities.
Too bad the MTA and DeBozo didn't consider bike lanes instead of express tracks ofr assholes like you. That's where you belong with your bike, sorry e-bike that is.

I would like to know what an asian person thinks... u got to see these modern train systems in the big cities of asia

Japan! The high speed trains, the schedule to the seconds! Yes, seen it, unbelievable.
If we had trains like that here, nobody would drive for hours and days anywhere!
Japan did this in a super dangerous environment due to earthquakes.

China, Japan and most of Europe dual dedicated track in straight runs with not many switches.
NYC subway has lines crossing over, sharing the same tracks, even going up and down and every which way possible. The crossover at Broadway and Myrtle where the J, M and Z join to share is a good example of this. 47-50st Rockafeller Center where the B,D, F and M crossover switch & share the switch AGAIN is another.
Putting this and the physical steel bar safety trip mechanism's
attached to these tracks is proven.
A fly by wire with everything IP addressed to a computer is suicide and guaranteed big trouble with NYCs system.
Get the big rats & garbage off the tracks and replace the 100 year old wire and solenoids is the way to go. It would make for so many new lower skill easy to teach
jobs rebuilding these simple devices.
No need to buy from Europe & Canada
And if NYC wants to keep the rats replace the ancient rubber signal cable with Teflon jacketed plenium cable.
Rats have big sharp teeth.