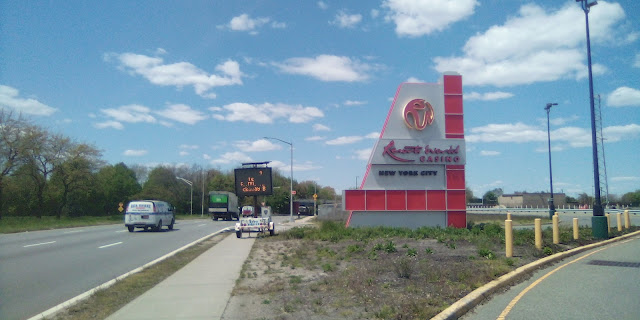 When Resorts World Casino opened 10 years ago, “the naysayers thought the apocalypse was coming,” recalled state Sen. Joe Addabbo Jr. (D-Howard Beach). “And they find, 10 years later, that was the furthest it could have been from the truth.”

Resorts World New York City, the only casino in the city, celebrated its 10th anniversary on Oct. 28, a celebration preceded by the August grand opening of the new luxury hotel, Hyatt Regency JFK Airport.

On Oct. 29, a celebration was held with about 45 elected officials, community leaders, nonprofits and Resorts World staff.

“It was an opportunity for us to share our gratitude and thanks to them for all of the support that they’ve shown Resorts World New York City over the last ten years,” said Meghan Taylor, vice president of government affairs and public relations at Genting Americas Inc., which operates the casino.

Addabbo recalled residents’ initial concerns over crime, gambling, prostitution and traffic but said they did not come to fruition.

“Yes, there were issues with traffic early on and we addressed them,” he said.

“It was a major milestone to have a casino of its type here, the first of its kind in the city. It is certainly a feather in the cap and something to admire for the borough of Queens,” said Addabbo, who was on Community Board 10 when officials were working to save the Aqueduct Race Track.

The South Ozone Park casino and hotel neighbors Aqueduct, which the “racino” is credited for keeping afloat 10 years ago. It was decided at the time that the casino could exist only if Aqueduct remained open.

The only casino in the city?
Since when?
The biggest casino is on Wall Street man.
Has been there a long time.

Having spent virtually every Sunday from the the mid 60s to late 70s having Sunday dinner in the basement kitchen/dining room of the ancestral home at 115-11 143rd street, I am amazed that anyone considers south calzone a "destination"...
The Guyanese who bought the place ripped out the figs and vines; and built a second house on the market garden. Too bad the uncles didn't hold on the the place... Sold it for a song in the early 80s

Separating dopes from their money. But hey, lots of jobs, lots of taxes, lots of graft. What's not to love about it?

Rip offs, Mafia like leadership, Scams, gambling and Orange Juice.
The overlord cult factories even make paper towels, toilet paper in China to have them shipped here.
For tax avoidance purposes of course.

If you have a Casino in your area, you live in a shithole.

Successful? This is a place where there a DA is basically stationed due to the crime committed there. Where police are constantly involved....

Please - This is a shithole.