Cuomo shitted where he ate with deRosa 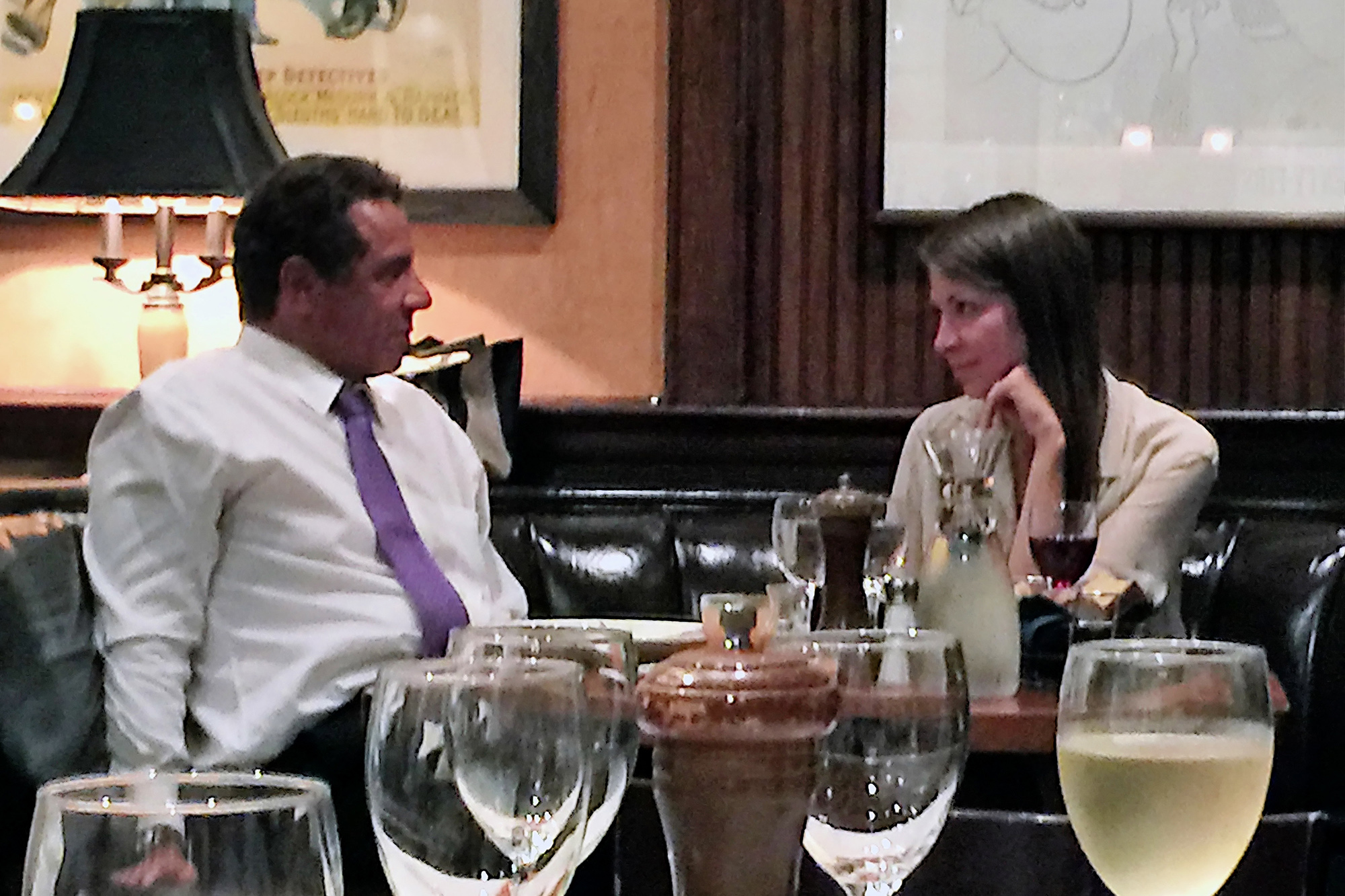 Ex-Gov. Andrew Cuomo and his then-top aide, Melissa DeRosa, were allegedly spotted by a state police bodyguard “making out on the sidewalk like high schoolers,” The Post has learned.

The alleged May-December romance was apparently revealed in the sworn testimony of a female state trooper who has accused Cuomo of sexually harassing her and whose interview transcript was released by Attorney General Letitia James earlier this week.

Although DeRosa isn’t identified as Cuomo’s kissing partner in the 143-page document, three sources with knowledge of the proceedings said her name is among several that were blacked out and replaced with job titles, which in her case is “Senior Staffer #1” — the person with whom the then-governor was allegedly seen canoodling.

The unseemly possibility of Cuomo, 63, getting hot and heavy with the married DeRosa, 39, emerged during the probe that uncovered evidence he sexually harassed 11 women — including nine current or former state workers — while serving as the state’s highest elected official.

James’ Aug. 3 report detailing the avalanche of allegations led Cuomo to resign under pressure of impeachment a week later and now has him facing a misdemeanor charge for allegedly groping the breast of another aide, 33-year-old Brittany Commisso, inside Albany’s Executive Mansion, the governor’s official residence.

During a May 19 Zoom interview, the unidentified trooper — who served on Cuomo’s security detail — was asked by an outside lawyer hired by James whether her colleagues ever said they “observed anything between the Governor” and any of his Executive Chamber subordinates, according to the transcript.

You gotta admit Melissa DeRosa is attractive. I wish she was on Tinder so I can swipe right on her.

Women really are pliable pawns in the face of powerful men. Didn't Trump say something about that which was widely distorted by the media? Yes, yes he did.

As for DeRosa, yeah, I'd hit that. Cuomo at least had better taste than fellow Dem hound-dog Billy Clinton. As for why DeRosa did it, just look at her husband. Happens every time. Sorry, feminists.

Look, we old paesans get the younger chicks all the time. No big deal. Look at her hubby Matt Wing - total gen-x metrosexual pussy. No wonder she wanted to bang the most powerful man in the state.
Now, I friggin can't stand cuomigula, but slam him for his myriad other sins. NOT tapping some willing little cutie. Prove me wrong!!😂

This is what they call a power fuck.
However, I have my doubts, as the trooper does sound a bit jealous.
Tabloid journalism, no mention of the dead nursing home residents.
Strange values.

I didn't know she was married--not attractive at all. Also his 63 compared to her 39 makes me realize 63 is old. Many of us are in that neighborhood

Femenazis want to have their cake and eat it too. DeRosa is living proof.

Is this what we call a Goomara ?

"not attractive at all."

It's a bad photo. She's very attractive. And her husband has an estrogen level that qualifies him to work on a dairy farm, as a milk cow. That's why this happened.

Sorry man, she has no tits, but probably good in other departments.

The correct pronunciation is "gumada"... 😀

MSNBC's Woke Racism said...
@Who cares? I do, If this was the great POTUS 45 true or not it would be all over the Fake News and Twitter. Are you afraid of the truth or do you like spreading the Big Lies ?
Let's Go Brandon

The Little Head telling the Big head what to do !

Ah, so this is where Benito was hiding his salsiccia.
Mamma mia.

You know who cares? The ghost of "holy Joe" Mario sfacim "I go to mass every day" Cuomo... That he raised such a passel of shitbag kids. The eldest ugly daughter he ignored and treated like dirt was the only one to turn out okay and do anything useful with her life -- an actual MD. Andy? Barely passed the bar, nothing but a thug enforcer. Maria? SUNY Albany skank...humjob queen at WTs in 1983... Chris? Freddo, nuff said.
Prove me wrong