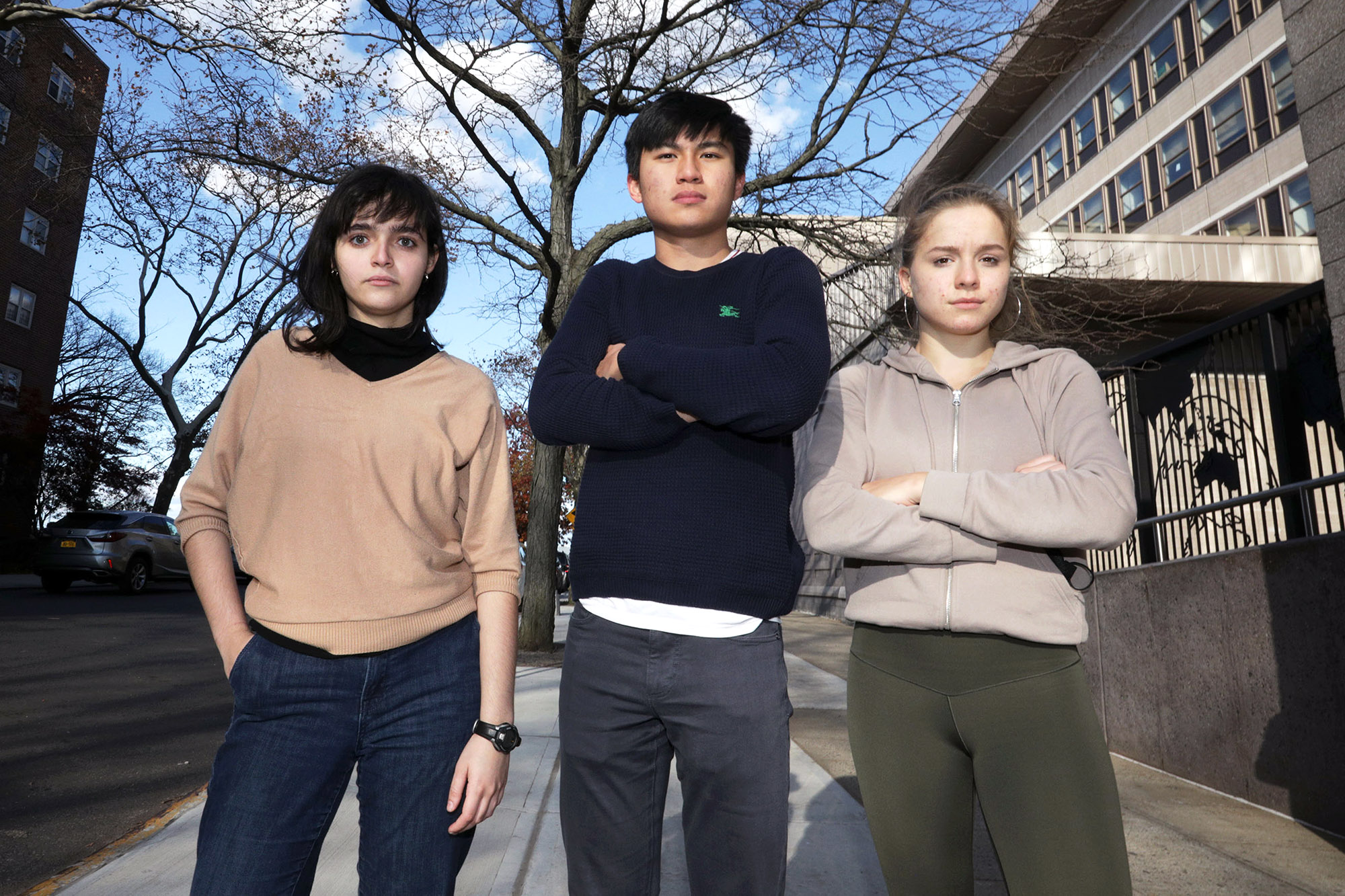 Thanks to intrepid student journalists, an English teacher and coach at prestigious Townsend Harris HS in Queens was yanked from the school this week after it came to light that city investigators confirmed he had sex with a former female student.

Joseph Canzoneri, 53, allegedly brought the girl to an apartment where he plied her with wine and marijuana before they had intercourse and oral sex, the Special Commissioner of Investigation for city schools found.

The SCI recommended Canzoneri be fired, and the Department of Education tried to do so. But the girl refused to testify at a hearing, so the case was dropped and he was entitled to keep his job under New York tenure protections.

After more than a year in a rubber room, a space where accused teachers await the disciplinary process, he quietly returned to Townsend Harris at the start of the school year in September. The principal kept him out of classrooms in an office.

The scandal remained under wraps until three weeks ago, when someone leaked the case to teen journalists at the school’s student newspaper, The Classic.

Known for aggressive reporting, the paper has run a series of articles in the last year on six former students who claimed sexual contact with three Townsend Harris teachers — cases all kept secret at the time. The unnamed teachers no longer work at the school.  The editors have called for greater openness and training on educator sexual misconduct.

In light of this campaign, an anonymous “concerned parent” sent The Classic the bombshell SCI report on Canzoneri. The precocious journos spotted him in the building and on Wednesday filed a Freedom of Information Law request with SCI to authenticate the document.

Suddenly the DOE took action. The same week — the agency would not say which day — officials shunted Canzoneri from Townsend Harris into a “central office” somewhere outside of the building. After making $135,000 last year, he remains on the payroll.

“It is past time for greater transparency about what has gone on at Townsend Harris and for the DOE and school administration to engage students and families in an open, honest conversation about the horrific allegations we have reported on,” editors-in-chief Ryan Eng, Julia Maciejak, and Jasmine Palma told The Post.

This school should send these kids to City Hall and trail the Blaz for the next month.

Heh-these kids are better journalists than the agitprop crowd the networks employ. All they do is shill for their masters, stir up hysteria and make up "news".

What ever happened to innocent until proven guilty?

Why was Joseph Rosenbaum free after assaulting 5 children ?
Why did a Black Supremacist Kill 6 White People At Christmas Parade ?
Lame Stream Media Still Focused on Rittenhouse Instead!!!

Maybe she's a Vulcan, what does it matter?

Apologies to Townsend Harris high and The Classic.

It doesn't matter to me but "They" will say it does and I headed "Them" off at the pass.

All three are now much better journalists than Chuck Todd.

Are we still peddling the myth that teachers are “underpaid”?