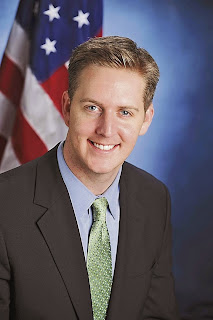 The new head of the Assembly Social Services Committee is developing a package designed to address the rising homelessness crisis in the city, the Daily News has learned.

“We have the worst homeless crisis since the Great Depression,” said Assemblyman Andrew Hevesi, the Queens Democrat appointed this past week as chair of the Social Services Committee by new Assembly Speaker Carl Heastie.

Hevesi wants to increase public assistance housing allowances, some of which haven’t gone up since 2003.

“By increasing the allowance, you’re keeping people in their homes and out of the shelter system,” he said. “You’re also helping those in the system get out.”

Ultimately, he added, it would be cheaper than housing people in shelters.

There’s also a need for better coordination among dozens of programs designed to help keep people out of the shelter system. Too many gaps exist that result in people heading back into homelessness, Hevesi said.

He’s also calling for creation of a reinvestment fund where money saved from every shelter bed closed would be put back into supportive housing programs.

How about closing the loophole that allows everyone in the world to show up at DHS and seek shelter? Residency requirements seem to work in other states.
Posted by Queens Crapper at 12:13 AM

The shelter system needs a residency law. Period. We are tired of paying for slackers with 4 or 5 kids from Virginia bleeding us dry!

A reinvestment fund? That's a load of crap. Sounds like he may be taking some pointers from papa Hevesi. And we all know what happened there.

I asked Hevesi to start working on amending the state constitution and he said he didn't want to do it because then Bowery bums would be turned away due to not having ID. But they can get a NYC ID card, so I don't know what his excuse is now.

Let's face it, the more people you keep on the public dole, the more likely it is that Dems will retain power.

'The shelter system needs a residency law. Period. We are tired of paying for slackers with 4 or 5 kids from Virginia bleeding us dry!'

That's my congressman Virginia Joe Crowley you are talking about!!!!

He deserves that money and everything else he can pocket! He works (somewhat) for everything he grabs!

It is a sad state of affairs when it is cheaper to pay someone's rent in a private apartment than to house them in a shelter, but I suspect that is only because of the obscene amounts of money being raked in by the "nonprofits" that get these contracts. Hey Andy, how about investigating these contracts instead of dishing out even more tax dollars.

It won't be long until Preet investigates Hevesi. Break up that crooks hideout up in Albany. Is he still using Pancake makeup?

And how about asking the homeless in exchange for their tax sponsored residence to clean up the streets/graffiti and perform all sorts of basic public works which will enable them to find a job?

How about asking these folks so eager to take public money to maintain public sites? It is absolutely obscene that people taking MTA buses have had to climb over mountains of snow and risk breaking their ankle to get onto a bus, or risk getting run over by waiting for said bus in the street, usually ankle-deep in freezing water. Have these people with so much time on their hands shovel paths from the sidewalk to the street to allow bus riders access to and from the bus. Right now, the idiot MTA only seems to clear a path where there are bus shelters.

Expanding the welfare state in NYC is critical to it's continued growth, prosperity and diversity. Yeah, that's the ticket.

Oh...How dare you "exploit" these "unfortunates" by requiring them to pick up a broom or shovel. Consider the damage it will do for their "self esteem".

Wow, you people really think residents of other states, who are already poor long distances, in large numbers, to take "advantage" of NYC's lack of residency laws?

That makes no sense, is probably much smaller than you even claim and is just another way to scapegoat poor people.

Ya, and of course, if you are homeless or poor that means you are lazy and won't pick up a broom, sure.

It's actually been documented by DHS that more than 20% of the people entering homeless shelters in NYC are coming from outside the city. We give ridiculously generous benefits here. Stay ignorant, NZuss!

nzuss, this is checkable fact from the DHS itself that they are coming here:

Also, this does not account for those who may have had a few weeks or months with friends or relatives who let them use their address for mail purposes. This is not a document check - it's whatever the person puts down on their intake form when they enter the system.

Hard to believe for you, but open record nonetheless.

Please stop muddying this conversation with stats and facts that the Crowley machine doesn't want to have to answer for. People might understand that all the hotel conversions would be unnecessary if only the state constitution was changed.

The homeless in other parts of the country are given bus tickets to go to New York and instructed to make a false claim to be from New York to obtain better benefits.

Willyalookat pretty boy. Maybe he might occupy daddy's old jail cell one day. Career politicians are bad enough. Dynastic politics is far worse....it is anti American! We are not supposed to tolerate an imperial family running our country.

"Queens Crapper," that document says the number is going down, but you would't want to point that out, would you?

"Ridiculously generous benefits," like what, living in what many here have previously described as bad conditions in a shelter?

And what benefits, a roof over their heads?

I'm pretty sure that poor folks at risk of becoming homeless only go to shelters as a last resort, not look forward to it like a kid's first trip to the Holiday Inn.

We provide some of the highest welfare benefits in the country. That's what I'm talking about. And three document reports an increase on this behavior over the past 2 years, so you might want to get your eyes checked. There also have been several articles published about this phenomenon which were linked to here in the past. I'm sorry you've come late to the party.

The document does NOT say they are going down. The % change of "Outside of NYC" in the longest span on the chart (Sep 13 - Sep 14) is 24 for individuals and 55 for families. The only negative number on those charts is the number of people listing Manhattan as their address. (Big surprise - Gloomberg had already had 12 years to push those people out.)