What's applies to the legislature should apply to Cuomo 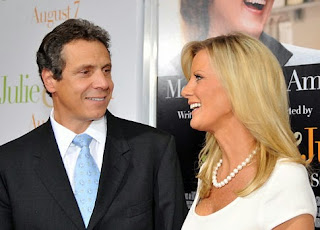 State legislators say they are willing to enact a number of new ethics reforms, but they argue Gov. Cuomo should subject himself to more public disclosure as well.

Republican and Democratic legislative sources say that while Cuomo has attacked lawmakers on the issue of outside income, the governor is making as much as $900,000 from HarperCollins for his recent memoir, which only sold a few thousand copies.

They also say that perhaps there should be a ban on governors giving paid outside speeches. While Cuomo during his first four years has not given such speeches, former Govs. Mario Cuomo and George Pataki did.

New Jersey bars governors from receiving “directly or indirectly” any compensation, salary, honorarium, fee or any other form of income on top of their regular taxpayer-funded salary.

An official in the New York Legislature argued there should be more public disclosure on what guests, if any, are staying at the governor’s Albany mansion.

And, in perhaps the most contentious suggestion, a number of legislative sources say Cuomo’s longtime live-in celebrity chef girlfriend, Sandra Lee, should be required to publicly disclose her income, investments and other financial information that the spouses of public officials are already mandated to reveal.
Posted by Queens Crapper at 12:00 AM

I LOVE THE RULING CLASS
THEY ARE ABOVE THE LAW!!

Let's keep in mind that Cuomo fired the Moreland Commission when it started investigating him.

He looks a bit haggard and run down ever since Silver was scooped up by Preet's investigation. Maybe Andy Boy is finally feeling the heat.

How did Andrew Cuomo get to be Secretary of Housing and Urban Development anyway? Was it the quality of his resume, or did it have something to do with the fact that his father was governor and declined to run for President against Clinton? According to news reports, Cuomo got the Independence Party endorsement for governor from a leader who was under investigation by the Moreland Commission for selling his endorsements in exchange for no-show jobs, including such a purported job given to him by Senator Maltese in return for giving the Independence Party endorsement to a Republican State Senate candidate in a close race in Westchester. Isn't it strange that Cuomo then disbanded the Moreland Commission after receiving the Independence Party endorsement from this leader? If there is no transparency, then the inference is that something improper has been done. Also, how come Senator Schumer didn't publicize the fact that his wife, under the name Iris Weinshall, was made NYC Transportation Commissioner? All the Sunday news conferences, for the sake of publicity, that never go anywhere, cannot make up for apparent deception.

John Gotti was honest compared to the politicians running NY, don't mess with the schummer mafia,you could get indicted for something.oy vey.

Cuomo is the big don...il capo di tutti cappi. They are immune...always ready to throw a few underlings under the bus to save their crooked faces.

Maybe if the Feds squeeze Sheldon Silver's nuts hard enough, he will give up Cuomo. However, he might be found hanging in his prison cell one morning if he does.