What a tangled webs she weaves 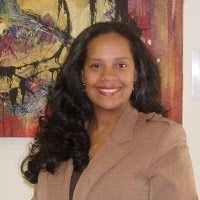 ...as part of the Willets Point deal Council Member Ferreras helped negotiated in 2013, there’s a new affordable housing development slated for Corona. The 67-unit rental building will be located 54-25 101st Street and will house low-income seniors. Amenities include a garden, community area and medical referral services, and there will be an early childhood development center on the ground floor. Construction should begin at the end of 2015 and is expected to last 18 months.

The push to establish a Flushing Meadows Corona Park Alliance is also making headway. According to the Council Member, she “plans to hold the Mayor’s Office to its promise of establishing [the alliance] by spring.” An alliance would serve to protect the park’s historical significance and green space and establish more community programming.

Hmmm...the mayor's office is establishing the alliance? I thought the USTA and other stakeholders were. This gets better and better.
Posted by Queens Crapper at 12:11 AM

So she opened her legs for the developers. So what else is new ? Two dollar whores abound in government service.